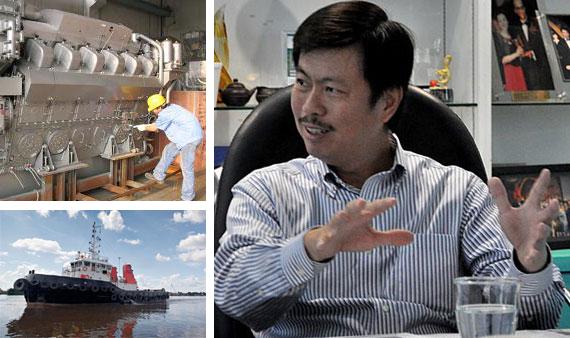 XMH has been riding Indonesia's strong demand for coal shipments, according to CEO Elvin Tan. The company distributes tugboat engines, which can have horsepower of 3,000 to 4,000, compared to 120 for a 1,200cc car engine.

THINGS ARE looking up for diesel engine, propulsion and power generating solutions provider XMH. It posted a 78.6% jump in 1Q2013 revenue to S$21.9 million after successfully working with customers to take delivery of back-log orders. 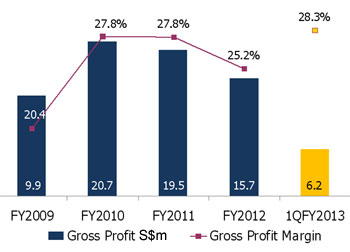 Net profit attributable to shareholders was also up 42.0% at S$2.2 million.

Cash and cash equivalents were 31.4% higher at S$51.5 million.  With a market cap of only S$71 million, this works out to an attractive price to cash ratio of only 1.4 times.

Trade and other receivables decreased sharply by 60.7% to S$5.9 million, as the Group was able to collect outstanding trade receivables during the quarter under review.

Even though demand for coal shipments has decreased recently, the management remains optimistic about the Group’s outlook.

“Order books are still healthy. We have more than S$90 million, most of which will be filled this year. Our orderbooks are normally filled in one to two years,” said CEO Elvin Tan at the Group’s results briefing on Friday.

”Indonesian demand remains strong. There was a glut in offshore supply vessels in Singapore last year, but this has improved this year,” said executive director Sam Chua, who was also present at the meeting.

Indonesia is one of the largest coal exporters, exporting 400 million tons of coal per year. It uses tug and barges extensively because it does not have a good railway system, unlike Australia. 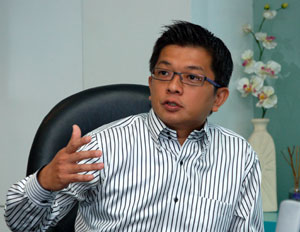 Below is a summary of questions raised by investors at the meeting, and the replies provided by Mr Tan, Mr Chua and financial controller Johnson Yap.

For newbuild tugboats, we believe we are the largest.

Q: What engines are popular?

600 horsepower and 1,000 horsepower engines used in tugboats are popular. These are used to tow barges that carry coal, palm oil and other commodities.

Q: Which brand accounts for the bulk of your revenue?

Mitsubishi accounts for over 80% of Group revenue. XMH has been the largest Mitsubishi dealer for the past 7 years. All other dealers for Mitsubishi have so far only secured single-country dealer rights. 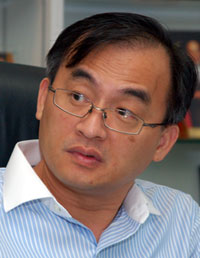 Q: Do you have plans to mitigate this exposure?

We are constantly sourcing for new brands. Also, our package solutions include other brands for engines and gearboxes.

Q: Why is your finance cost so high? It is almost half your profit before tax.

The S$1.5 million reported in finance cost comprises entirely of a one-off loss in unrealized forex translation on our cash balance. We do not have borrowings.

Q: What is your forex exposure in revenue?

We have a natural hedge as we buy and sell back-to-back in Japanese Yen. We hold the Euro, Japanese Yen, USD and the Singapore dollar as these are the currencies that we procure in. Our largest holdings are in Yen. Since the Yen is relatively volatile, this item may even become positive in the next reporting period.

Q: What are your 'other financial assets'?

We have investments in other listed companies.

We paid one cent per share for FY2012, which translated into a payout ratio of 41%. We hope to maintain the one-cent dividend this financial year.

We have 973 guests and no members online