TOP STOCK LOSERS: Things that can go wrong with a business 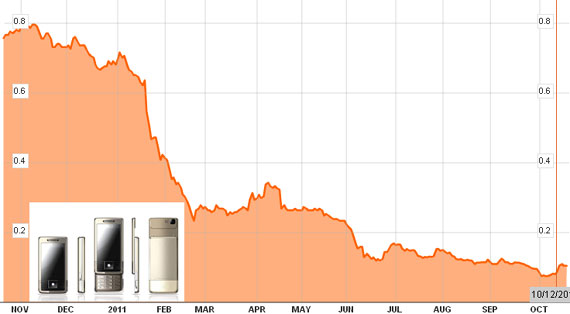 From 80 cents to 10 cents in stock price: Mobile phone designer Longcheer, a one-time market darling, is now beset with woes of the fiercely competitive handset industry.


INVESTING IN small caps can be risky.  Market darlings can turn into laggards by a dramatic change in the business environment.

We highlight some of the year's worst performers below to show the gamut of things that can just go wrong. This article follows on our recent article on the best-performing stocks in the year to date (see link at the bottom of this page.)

Once a market darling, Longcheer is a Chinese mobile handset design house that rode on the strong handset demand until fierce price competition ate up its profits.

It clocked Rmb 183.2 million in net profit for FY2010 (year-end Jun) but a loss of Rmb 67.7 million in FY2011 when its mobile lottery application was not found by consumers to be snazzy enough to command a premium price.

Inventory write-downs, group margin erosion due to falling average selling prices, wage increases and R&D expenses resulting from a decision to focus on smart phones instead of feature phones took their toll.

Result: the company is now rationalizing its customers, cost and product mix and scaling down its operations. The company has said that it expected to continue to suffer operating losses in the coming quarters.

The stock recently closed at 10 cents versus 68 cents at the start of the year. 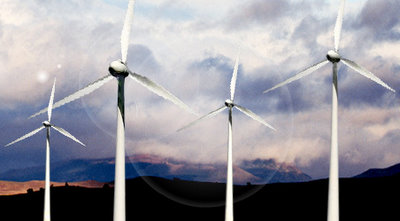 Alternative energy is getting much government funding and support in China but for wind energy player, REA, the going has been anything but smooth.

Being in a nascent industry, repair costs on goods affected by quality issues, change requests on production specifications by customers and production bottlenecks plagued it in FY2011.

When it reported a net operating cash outflow of about 52.2 million and a net loss of Rmb 53.9 million for FY2011 (year-end Mar), its auditors voiced significant doubt on its ability to continue as a going-concern.

Executive chairman and controlling shareholder, Mr Xu Jian, then stepped in and gave the company an interest-free shareholder's loan of indefinite term amounting to US$3.6 million.

Its Singaporean CEO Woo Peng Kong resigned on 7 Oct and was replaced by a PRC national, Dr Zheng Lei.

The stock recently closed at 5.3 cents versus 20 cents at the start of the year. 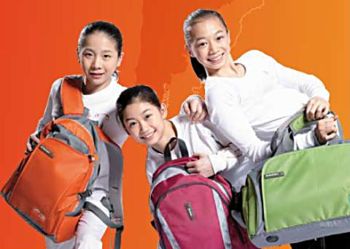 Aggressive advertising and promotion but backpacks are highly commoditized products.

Dapai is one stock plagued by rumors that its ‘cash is not real’.

The company’s rationale was that in these days of tough borrowing environment, it had to maintain an on-going strategic relationship with the banks.

The second grouse that investors had was it going ahead with the construction of its new manufacturing facility (which would eventually cost a handsome Rmb 260 million) despite falling utilization rates at its existing facilities.

The company said it wanted to rely less on sub-contractors in order to better control quality and smooth out supply disruptions.

Investors were also unhappy that it was spending so much money on the expansion of retail outlets despite falling sales. 2Q2011 revenue had fallen by 30.1% year-on-year to Rmb 397.8 million but in the same period, its selling and distribution expense tripled to Rmb 52.3 million.

The stock recently closed at 5.8 cents versus 21 cents at the start of the year.

China is one of the world’s largest exporters of toys, accounting for 60% of the world’s toy export market and 90% of US toy imports. However, toys made-in-China bear ill repute associated with safety issues such as unsafe levels of lead.

Combine Will says that its manufacturing molds and mold-making tools are of so high quality, they have enabled customers to produce paraphernalia, collectibles, toys, consumer products, snow shoes, stationery items, and automobile parts with a good safety track record.

Like most Chinese manufacturers, however, it faces the challenges of rising labor and raw material costs, as well as the continued appreciation of the RMB. The company’s 2Q11 net profit fell 55% year-on-year to HK$14.3 million.

The company had wanted to dual-list in South Korea for an improved market valuation and open up the Korean market for its products.  When the stock market outlook turned tumultuous in recent months, it announced that it was calling off its dual listing plan. 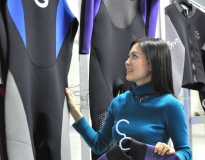 The textile industry is a fiercely competitive one. Companies always try to expand margins by vertical integration, but Ziwo was one company caught on the wrong side of the fence when it lost a major customer who decided to become its competitor.

It manufactures synthetic yarn, sandwich mesh fabric and foamed materials for manufacturers of sportswear, sports accessories and, bags and luggage.

Its 2Q2011 sales volume declined 33% as a result of the loss of the major customer.

The stock recently closed at 13.2 cents versus 40 cents at the start of the year.


Recent story: SINGAPORE STOCKS that have soared despite market tumble

We have 785 guests and no members online