S-CHIPS privatization offers: Issues you should consider, be aware of 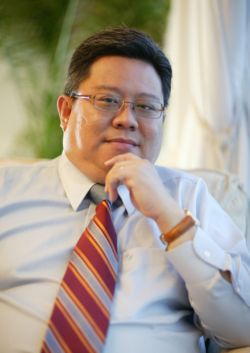 Lawyer Robson Lee says: "If a company intends to delist to go public in China, Hong Kong or Taiwan, then this should be clearly communicated to all shareholders in the IFA's report."

PRC FRAGRANCE producer Wanxiang International announced its intention on Wed to privatize at 20 cents apiece. Could this be the start of a wave of privatizations by S-chips?

There appears to be an increasing trend of privatization by S-chips on the bourse. Given the poor reputation of S-chips in recent years, most retail investors would only be more than happy to have S-chips taken off their investment portfolios.

With most retail investors weary of S-chips’ bearish business prospects, delisting them becomes a relatively smooth process, in contrast to CK Tang’s long-drawn out privatization.

Then of course there are those S-chips that relist in Hong Kong, China or Taiwan very shortly after delisting from the SGX-ST.

Man Wah Holdings is one example. It delisted in Sep 2009 at 23 cents per share, only to relist in Hong Kong seven months later in April the following year at HK$6.80 per share (S$1.13).

Investors who had sold their shares at 4 times PE in Singapore can only gape at the huge premium of 11 times PE that it managed to command in its Hong Kong IPO.

When the IPO issue price in an overseas bourse is in another league compared to what they were offered at the time of delisting, retail investors can’t help but wonder if they underpaid for the shares they once held, or did they unknowingly let go of a gem.

Many minority shareholders rely on advice in the report put up by independent financial advisers (IFA) on behalf of companies intending to delist, giving the report significant importance, according to Shook Lin & Bok partner Robson Lee.

Robson has a good proposal: He pointed out that if the company was intending to delist to go public in China, Hong Kong or Taiwan, then this should be clearly communicated to all shareholders in the IFA's report.

The IFA's report should carry an opinion of the possible valuation that the company can command by examining the stock price performance of similar businesses listed in other foreign markets. The focus should be on the company’s profitability rather than on company's historical book value of its assets.

According to Robson, the IFA's report should also highlight the company’s future plans and request the management to specifically address the issue. The response of the management should be reflected accordingly in the IFA's report. This will enable shareholders to make a more informed decision on whether the company is likely to have good future prospects and thus be in a better position to evaluate the privatization offer." 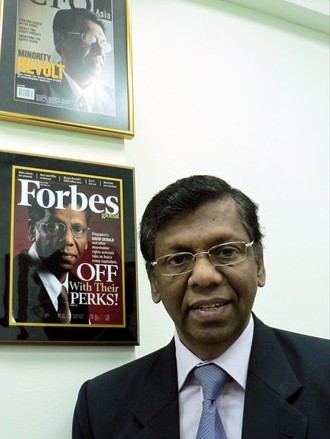 David Gerald, President & CEO, SIAS: "It is the entire board’s responsibility to give investors a reasonable exit offer, and that includes the executive directors." Photo by Leong Chan Teik

Relisting at a premium doesn’t mean that the privatization prize was too low. There are other factors at play, said Securities Investors Association Singapore (SIAS) president David Gerald during an interview.

What a world of difference that was compared to Sihuan’s experience on the Singapore bourse.

"Whether or not an exit offer is reasonably price is assessed by the relevant authorities, so retail investors should not put all the responsibility on independent directors. In fact, it is the entire board’s responsibility to give investors a reasonable exit offer, and that includes the executive directors," said David Gerald.

Before any privatization offer takes place, the resolution for it to happen is passed at the AGM or EGM.

Before casting their vote, minority shareholders are given the opportunity obtain updates on the company’s plans from the board, and this includes plans to relist overseas.

Minority shareholders can in fact vote against a proposed privatization, said an independent director of an S-chip during an interview.

They do not need to wait until the shareholders’ meeting to engage the company’s management, but can in fact email their queries, and it is incumbent on the management to make a reply, according to this independent director.

However, he reminds minority shareholders that rejecting an exit offer carries with it the risk of being stuck with shares that are no longer traded.

The shareholder may find himself in a situation where the S-chip simply ‘disappears’ once privatized and his entire investment down the drain.

We have 880 guests and 2 members online