The following post by Kevin Scully, chairman of NRA Capital, was posted on www.nracapital.com and is republished here with permission. 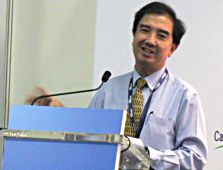 I WAS ONE of the panellists at the Investfair 2011 last Saturday.  Our topic was Market Outlook and the session was Chaired by Geoff Howie from SGX,  other panelists included David Cohen of Action Economics, Mark Cranfield of DowJones, Chris Tse of FTSE and Terence Wong of DMG Partners.

This Blog is to share with our subscribers the key snippets on what was discussed and my comments and recommendations to the audience.

David Cohen gave the Macro view and said that any collapse in the EU would be very serious but he did not see this happening although the US and EU would be in a slow period of growth for some time.

Mark Cranfield said that the EU would need to change and he expected some change over the next two to three years as you can have currency union without some form of fiscal union.

On the problems in the EU, David said that the EU has enough money to bailout Greece and maybe Ireland but not Spain and Italy which were much bigger economies.

The other risk was that many EU banks hold a lot of EU sovereign debt which they need to provide for or write-off.   Many investors there wanted to know what to BUY and more importantly whether it was the right time to buy now or to wait.

A summary of my comments is as follows:

Macro picture remain bleak especially in the EU.  The problem is that the EFSF (European Financial Stability Fund) is only Euro 400-500bn and is triple AAA rated and anchored by France and Germany - this fund cannot save Italy and Spain given its current size.  A down grading of France's credit rating to below Triple AAA while affect the EFSF's ability to raise new money.

A downgrade on France can happen but I am assuming that it wont and with the Vix index at 35-45 level - our markets should correct to levels seen Q2- 2010 when the debt problems with the PIGS first surfaced.  For the STI Index that means a floor of 2500-2600.

Market volatility to remain high - you cannot have major stock markets like New York seeing their major indices swing +/- 5% every other day.   For investors who cannot take this volatility, you are better off staying sidelined for another 4-5 months before doing somer serious bottom fishing.

I told the audience that I understood the problem, they have cash which only earns less than 0.5% interest and inflation is running at 5-10%.  They need to find something that gives better than 0.3% for deposits now which is defensive so can ride the volatility without too much capital damage. 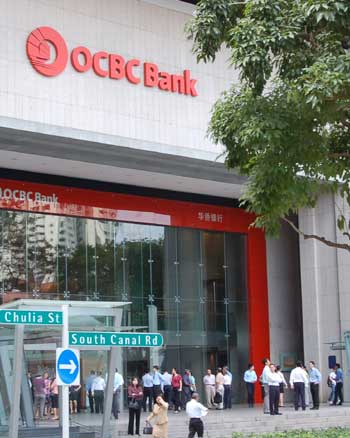 I recommended that for those who wanted to go into the market now - they should focus on the bank preference shares of DBS, UOB and OCBC which are giving running yields of about 4.8% and which saw some decent volumes last week.

I also advised that given the market uncertainty and volatility investors should focus on Blue chips first even though I acknowledged that some small and penny caps were are very cheap levels.   On the Blue chips, I said that we should use the support levels seen in Q2-2010 as good entry levels.

An investor also commented about S&P and the downgrade of the US Credit Rating.  I said that the credit rating agencies need to be regulated and reminded investors that the Asian Financial Crisis was triggered by a downgrade of Thailand, S&P had rated Enron Triple AAA and had also rated the Lehman products Triple AAA.  Given their influence on the market - they also need to be regulated.

On the question of food by an audience member, Terence recommended China Animal while I recommended Cerebos at the S$5.00 level.  On defensive counters.

Someone asked me about the market today....I said that we should still be looking to sell and lighten into any rally as the Friday gains could be triggered by the Ban of short selling of financials in the EU.

Gold to correct to level of USD1,600 before move toward USD2,000 this are bad for shares market
Quote
0 #4 wp 2011-08-25 09:30
Good advice to stay out for 4 to 5 mths as I understand that investors are still selling due to margin calls, fund redemption etc. Nobody knows how to resolve the EU problems as there are 17 countries involved. Last resort is to break up EU , which will takes years of political wrangling and destroy the stock markets along the way.
Quote
0 #3 7197 2011-08-22 12:31
Make Uncertainty your friend. It is always around, even when times are good. Ignore him at your peril. But now, it is time to not over-do it. Don't be overwhelmed. Keep your coool. The market will be alright in due time.
Quote
0 #2 Supremeo 2011-08-19 10:00
I don't think the market will rally yet. It is bogged down by the swamp of debt and economy issues of the Eurozone & the US. Give them some time to work things through, and then hopefully, there is a brighter sun rising for everyone.
Quote
0 #1 CDR 2011-08-17 18:59
Kevin Scully doesn't sound confident of the market for the next few months at least. I hope he is wrong...
Quote
Refresh comments list
NextInsight.net

We have 2450 guests and no members online