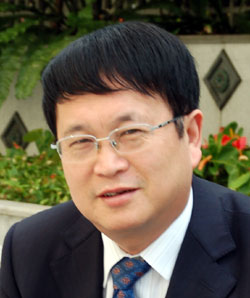 Despite negative market sentiment on container shipping, IIFL Securities has a ‘Buy’ call on Yangzijiang Shipbuilding.

In its initiation report on the builder of dry bulk carriers and containerships, IIFL cited a recent order from Seaspan for seven 10,000TEU containerships that brings Yangzijiang’s net order book to over US$6bn, with additional options valued at US$1.8bn.

The Seaspan order shows that Yangzijiang is climbing up the value chain of large containerships, which has been dominated by Korean yards.

IIFL is estimating a slip in Yangzijiang’s gross margin by 5 percentage points to 17% by FY2013 due to the rising cost of raw materials, rising wages and lower selling prices.

However, given Yangzijiang’s excellent track record and high efficiency, it still commands higher margins than its Chinese and Korean peers, said IIFL.

”Considering that the average PE of Chinese shipyards is 8.5x FY2012, we think Yangzijiang’s earnings justify a PE of 9x FY2012, owing to higher efficiency and large cash position.” 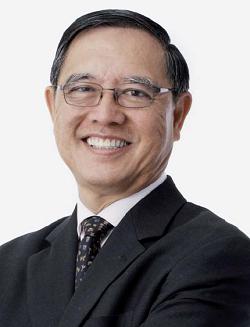 Credit Suisse is expecting a recovery of semi-submersible orders in 2H11 as the pricing gap with drillships widens and has maintained its ‘Outperform’ rating on Keppel Corp.

The following positives were cited:

1) Keppel Corp is well-positioned to win significant orders in Petrobras’ relaunched 21 rig tender due to its established operations in Brazil, strong execution capabilities and relationship with Petrobras

3) High conversion rate of jackup options into firm contracts driven by high utilisation rates of above 90%, as well as a need for established drillers to regain market share.

NOLdowngraded to 'Neutral' by Nomura 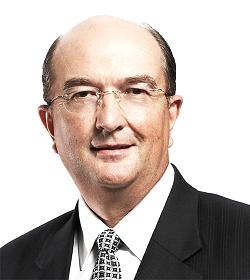 Mr Ron Widdows will retire as NOL's CEO at the end of this year. Photo: NOL.

Nomura has downgraded its rating for NOL to ‘Neutral’ and lowered its target price to S$1.70 (from S$2.60) due to the industry’s bearish freight rate outlook.

The analysts believe that NOL is one of only a few Asian container lines set to report 2011F operating profit, but this is due to its logistics business, and the container segment to report a full-year loss.

The following negative indicators were cited:

2) Signs are beginning to emerge that growth from the developed world could slow.

3) Oil remains stubbornly high and bunker surcharges would be insufficient to cover the bunker oil cost. 2012 is likely to see return to profitability, but too much uncertainty in 2H11 first.

Its target price of S$1.70 is based on SOTP valuation with the shipping business valued at 0.7x P/B and 15x EV/EBITDA multiple for port business.

We have 1768 guests and no members online