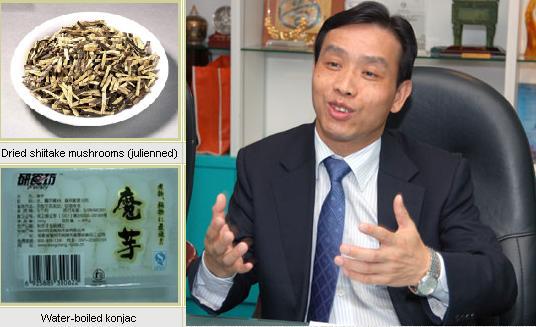 Money making should not be the purpose of life, mused the founder and CEO of Yamada Green Resources, Mr Chen Qiuhai. Photo by Sim Kih

LIFE IS like a box of chocolates - you never know what you’re gonna get. So said Forrest Gump, a saying that certainly held true for Chen Qiuhai, who was a tour guide for six to seven years during his twenties.

Almost two decades on and Mr Chen now owns about 70% of Fujian’s largest producer of shitake mushroom, Yamada Green Resources, which has a market cap of about US$100 million on the Singapore Exchange.

Aside from self-cultivated shiitake mushrooms, which are mainly sold as fresh produce to wholesalers of agricultural food products in PRC, its products include processed food products such as mushrooms and vegetable and convenience food products (mainly konjac-based).

It also exports processed food products, mainly to Japan under its customers’ own brands. 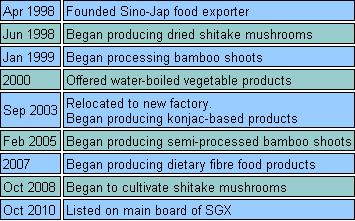 At an exclusive interview with NextInsight recently, Mr Chen shared his entrepreneurship story: how from being a tour guide, he is now distributing shitake mushrooms big time in China and exporting to Japan.

Mr Chen had majored in the Japanese language as an undergraduate at Chinese People’s Public Security University. That was during the 1980s when China first encouraged capitalism.

Upon graduation, the state had allocated him a job in the police force but he decided to put to full use his knowledge of Japanese and other languages.

At that time, most tourists to China were Japanese, Taiwanese and Southeast Asians, and it certainly helped that Mr Chen spoke Japanese, Hokkien (a common tongue used in Fujian and Taiwan), and of course Mandarin. 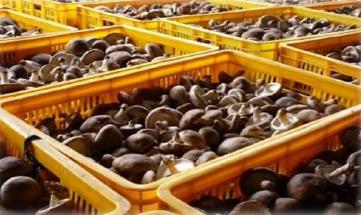 He became well traveled within Chinese provinces and that certainly helps now as Yamada’s strategy is to expand its mushroom cultivation bases, he said.

In a recent deal, Yamada secured the lease of village land that will increase its mushroom cultivation bases by two-thirds to 4,292 mu (1 mu is about 667 sq m) this year.

In 1994, Mr Chen joined a Japanese company based in Fujian, known as Yamashiro-Nosan.

The company was a fresh food trader and being its sole representative, he became familiar with the entire supply chain and the processes -- from negotiation, procurement, inspection, co-ordination with exporters of food products to logistics to distribution.

He exported mushrooms and bamboo shoots from China’s Fujian and Shandong provinces to Japan. Over 5 years, the business expanded from 1 or 2 containers a month in 1994 to about 20 containers in 1998. Then he left.

In April 1998, he started Fuzhou Wangcheng, a Sino-Japanese processor of dried shitake mushrooms, which traded and exported to Japan. This company was to become Yamada’s main operating subsidiary. 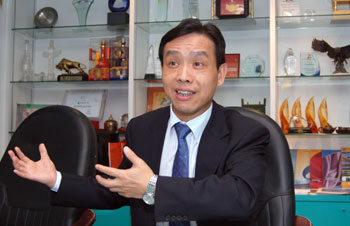 Japan's culture of work discipline and dedication to product reliability left a strong impression on me, said Mr Chen. Photo by Sim Kih

In those days, only companies with foreign investment were allowed to export.

Tennen Sozai, a Japanese importer of mushrooms, came in as a JV partner in Wangcheng and provided it with processing equipment. Mr Chen came up with the working capital and also took charge of the day-to-day operations.

They started with factory space of only 300 sq m with production capacity for about 170 tons of dried shitake mushroom a year. The initial orders came from the Japanese strategic investor, which was a food processor and distributor with a wide client base that included Itochu Corporation and Ajinomoto Co Inc.

And Yamada has cultivation bases for 4,292 mu of shitake mushroom, 86 mu of black fungus and 30,257 mu of eucalyptus plantations.

Mr Chen takes pride in being able to export food to Japan, as conformance to its Food and Agricultural Import Regulations and Standards is not something every Chinese food processor can achieve. Yamada has received certification from Germany and Beijing for its organic food produce. 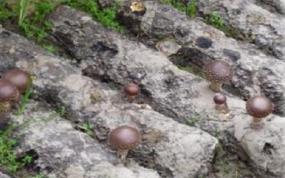 Shitake mushrooms are produced outdoors and manually harvested from synthetic logs, but Mr Chen wants to automate this process.

Most of Yamada's competitors get their mushrooms from third-party farmers but Yamada puts great emphasis on product reliability, so it partners the Fujian Agricultural and Forestry University in R&D on konjac instant noodles and genetically improved shiitake mushroom mycelia.

”In-house cultivation of mushrooms is better than small farm holdings for quality control,” he said.

”The clampdown on food safety in China will also help us as competitors who compromise in quality standards will be weeded out,” he added.

Married with one son, Mr Chen enjoys traveling the world, and envisions cultivating mushrooms within factory premises, instead of in the fields, as Japan and Korea have done.

We have 558 guests and no members online