Foxconn blast may lead to a shortage in supply of iPad 2.

A large explosion and fire had occurred at Foxconn’s plant in Chengdu, Sichuan province killing two and injuring 6 workers. Apparently, the super-light dust used to polish iPad’s screen is highly flammable, especially in enclosed spaces. Production at the site has been suspended.

Key customer Apple has initiated an investigation into the incident. The mishap could affect the supply of iPad 2 and even delay the launch of iPhone 5.

The new Chengdu plant commenced operations in October last year and was part of efforts to shift production from Shenzhen to Chengdu to take advantage of lower cost of labour.

Foxconn was previously affected by a chain of suicides at its Shenzhen plant caused by deplorable working conditions, stressful job supervision and regimental time schedules.

Mr Koh of UOBKH believes Hi-P could benefit over the longer term by gaining a larger allocation for plastic components used in iPads and iPhones through providing more reliable services compared to its competitors.

His target price for Hi-P was maintained at S$1.50. 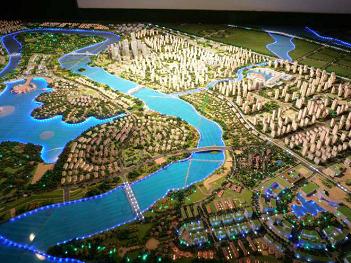 CIMB analyst Lim Siew Khee maintained her ‘Outperform’ call on Keppel Corp after a visit to Sino-Singapore Tianjin Eco-City (SSTEC), a 50:50 JV between a Singapore consortium led by Keppel Corp and a PRC consortium.

Keppel Corp and its subsidiaries hold 45% of SSTEC. The JV has registered capital of Rmb4bn, where the Singapore consortium will contribute Rmb2bn in cash and the Chinese consortium, Rmb2bn in land.

Tianjin-Eco city is predominately a commercial residential project to answer China’s issues of sustainable urbanisation. Located 40km away from Tianjin city and 150km away from Beijing (three hours by road or an hour by high-speed railway), the site is 10km from the core district of Tianjin Binhai New Area, touted as the potential driving force of Tianjin.

SSTEC will derive revenue from land sales and property development. To fund construction and land acquisition, SSTEC has sold some land in the start-up phase as well as adopted a develop-for-sale model to

fast-track the eco-city’s development. So far, the eco-city has attracted Rmb52bn in investments from developers such as China’s Shimao, Japan’s Mitsui Fudosan and Taiwan’s Farglory.

Ms Lim has a target price of S$14 on the stock. 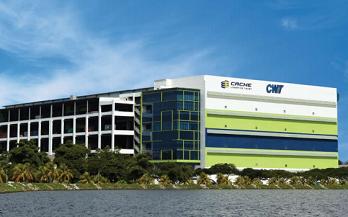 Cache's CWT Commodity Hub is the largest warehouse in Singapore.

OCBC Investment Research reiterated its ‘Buy’ call on Cache Logistics Trust (CACHE) after it completed the acquisition of a chemical storage and dangerous goods warehouse at 4 Penjuru Lane for S$8.9m. The property will be leased back to Kim Heng for three years, with an option to extend for a further three years.

4 Penjuru Lane is a 55,000 sq ft single-storey warehouse in the established Jalan Buroh/Penjuru area, a key logistics hub that enjoys close proximity to the PSA Terminals, Jurong Port, Tuas checkpoint and at least half of the container yards in Singapore.

The achieved plot ratio of 0.63, compared to the maximum allowable plot ratio of 2.5 under the zoning for the land, offers the potential to enhance and/or redevelop the premises to capture residual plot ratio in the future.

2) Lease expiry period of 3 years (compared to 5 years in master leases to CWT) is better in a rising rental market.

When the first Android phone launched, the Apple App Store already had 10,000 apps, compared to Android’s several hundred. Since then, the two app portals have exploded, with Apple’s up to 350,000 apps, and the Android Market trailing with 200,000 "official" apps (estimated figures put the total at 350,000).
Quote
0 #1 Park 2011-05-24 03:01
Even without the Foxconn explosion, iPad2 is facing challenges --- so many competing tablets are coming out and consumers should take their time to weigh the attractiveness of these options such as RIM's, Samsung's, Acer's, HP's, etc.
Quote
Refresh comments list
NextInsight.net

We have 431 guests and no members online