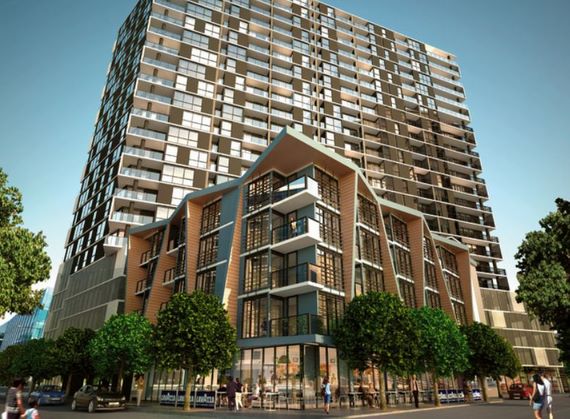 Thakral's first property investment was Harbour One in Docklands, Melbourne, which Thakral invested A$2.75 million in. Harbour One comprises 302 apartments, with total land area of 4,081 sq m, and is 100% pre‐sold.


This article was recently published on Shares Investment's website (www.sharesinv.com) and is reproduced here with permission.

SINCE TURNING around in FY09, Mainboard‐listed Thakral Corporation (Thakral) has never looked back.

Underpinned by its strategic focus on achieving higher margins in its consumer electronics distribution business, Thakral chalked up net profit of $2.5 million for 1Q11, a 22% year‐on‐year improvement.

Furthermore, it has lately taken up new brands including Altec Lansing, Case‐Mate, Parrot, Scott and SwitchEasy.

Determined to leave its loss‐making days behind, Thakral ventured into Australia’s real estate market last year in a bid to develop a second stream of revenue.

Acknowledging the fact that property development is an extremely capital intensive business, Thakral has adopted a unique strategy.

“Instead of going it alone, we have decided to become a capital partner with established players in the market,” Jaginder Singh Pasricha, Managing Director, Real Estate and Corporate, told Shares Investment (Singapore) during a recent interview.

So far, Thakral’s investment partners include a life insurance company, a listed investment company, a regional financing company and high net worth individuals in Asia and Australia.

Not resting on its laurels, the company is also in the process of developing long‐term capital arrangements with major financial investment institutions in Australia and in Asia, capitalizing on its network in Australia and Asia.

According to Pasricha, Thakral has already executed three transactions, with several more in the pipeline.

The first was Harbour One in Docklands, Melbourne, which Thakral has invested A$2.75 million in. Harbour One comprises 302 apartments, with total land area of 4,081 square meters (sqm), and is 100% pre‐sold. The project was already well under construction by the time Thakral made its investment.

In addition, Thakral has packaged the provision of a total of A$16.5M for the development of Australia Towers (stage 1), Olympic Park Sydney, comprising 216 apartments, with total land area of 4,510 sqm. 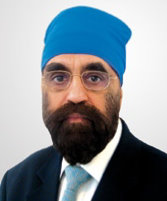 Thakral’s contribution to the capital provided to that project is A$4 million. This project was also in its advanced construction stage, at the time that the capital was provided and the project has garnered 83% pre‐sold status.

Both projects are notably backed by leading, reputable property developers and builders in Australia.

Meanwhile, Thakral has an option to be a capital partner with the developer of stages 2 and 3 of Australia Towers to be undertaken on the adjoining land to stage 1.

“This is the only residential development underway in Sydney Olympic Park and revenue from the sale of all units is forecasted to exceed A$400 million,” Pasricha commented.

The third property development is Emerant Lane, Lane Cove Sydney, which Thakral may invest up to A$8.4 million. As highlighted by Pasricha, this project has received indicative senior funding offers and has a total end value of A$53 million.

“For all our property development projects, we target an internal rate of return of 15% to 25%,” he revealed.

As for the distribution business, which accounted for 96.9% of its total 1Q11 topline, Thakral has no plans to take its foot off the pedal, Inderbethal Singh Thakral, Managing Director, Distribution, emphasised.

According to a report released by the Industrial Economics and Knowledge Center under the Industrial Technology Research Institute, the global consumer electronics market will grow 10% from US$873 billion in 2010 to US$964 billion this year.

As highlighted by IDC, emerging markets, led by China, will continue to spur global IT spending growth, with 2.6 times the growth rate of developed markets, contributing over 50% of all new growth.

Against these positive backdrops, Thakral will continue to pursue its strategy of focusing on higher margin products. And at the same time, it will leverage on the growth momentum in consumer demand in China as the country forges ahead in its economic growth.

Besides China, Thakral has also set its sights on India. However, Inderbethal remarked that the company is still finding the right business model in penetrating the Indian market, which holds plenty of promise.

At the time of writing, Thakral is trading at $0.03. Understandably, it is still early days to ascertain how the company’s foray into Australia’s real estate sector will pan out. But one thing’s for sure, Thakral clearly has its work cut out to convince analysts and investors alike of its potential growth down the road.

btw, what is the link with Thakral Holdings listed in Australia?
Quote
Refresh comments list
NextInsight.net

We have 644 guests and no members online