Recent development: Trek soft-launched a new invention called the FluCard® in January last year and the FluCard® Pro last month. It plans to mass launch these two products in 2H11.

The FluCard® is a wireless-enabled SD card that allows transfer of files wirelessly. Trek has roped in Toshiba as its strategic partner to oversee the IP protection and marketing of the product.

Endorsement from the big boys. Trek has obtained the endorsement of two of the three major SD card makers, Toshiba and Panasonic. A common goal is to make the FluCard® the industry standard for digital cameras.

FluCard® the next growth driver? Getting endorsements from leading technology leaders like Toshiba and Panasonic is no mean feat. While the digital camera is the key market currently, we understand the application of the FluCard® could be expanded to office automation and security, as well as medical devices and other consumer electronics. 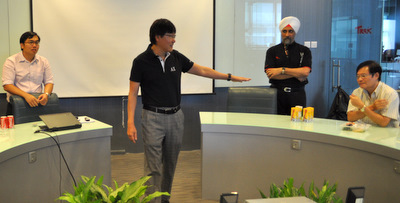 While the product may eventually be successful, the commercial benefit to Trek relative to its partner does not appear very clear cut at this moment.

Watch for market acceptance of product. At a historical PER of 29.8x, valuation may look a bit steep but this is not uncommon for technology companies with a potentially marketable product. This would be a year to see how the product garners market acceptance as Trek seeks a mass launch in 2H11. 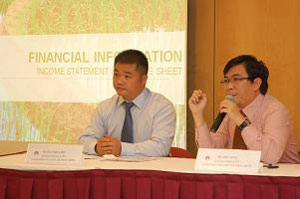 Changjiang Fertilizer Holdings’ (CFH) revenue grew at a CAGR of 24.9% in the past three years (2007-2010) on capacity expansion and healthy demand for fertilizer.

The group’s robust growth was due to its pro-active plant upgrades and new production facilities purchases.

With full-year contribution from its two acquired production plants and Miluo plant expansion, we forecast CFH’s revenue to grow 31.2% YoY in 2011.

A slower growth rate of 14.0% is projected for 2012 with a higher revenue base, and assuming one new acquisition and marginal production capacity expansion.

The group’s gross profit margins were under pressure in the recent two years, recording 30.0% (-2.5%-pts YoY) in 2009 and 28.5% (-1.5%-pts YoY) in 2010 due to higher production costs and sub-contracting work to third parties to cope with capacity constraints. In line with lower gross margin, its 2009 and 2010 operating margins declined 3.6%-pts and 1.5%-pts to 26.4% and 24.9% respectively. The sharper decline in 2009 operating margin was mainly due to service agreement payment to directors and one-off listing expenses.

We project the group’s operating margin to further decline 1.6%-pts to 23.3% in 2011 before a gradual decline of 0.6%-pts to 22.7% in 2012. The decline in margin is due to higher production costs which cannot be passed through effectively and lower production efficiency associated with the two acquired production plants.

Despite the lower projected margins, we forecast the group’s net profit to grow YoY 27.1% and 11.0% to CNY126.0 mln and CNY139.9 mln in 2011 and 2012 respectively, driven by its strong revenue growth on capacity expansion. In the long run, CFH’s growth depends on the success of its acquisition trail amid the fertilizer industry consolidation, and its ability to broaden its product range such as to compound fertilizer in order to reduce its dependence on ammonium bicarbonate. 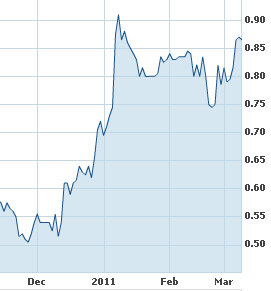 RH Petrogas turned in a slight net profit of $1.6m for FY10 following the consolidation of its Basin and Island concessions which were acquired last September. This was ahead of our anticipated timeline. Revenues were also strong at $65.3m, again due to these concessions, while there were no material contributions from its other development fields at the moment.

These results represent just over six months of contributions from its West Papua Island and Basin production sharing contracts (PSCs).

Action & Recommendation: We are revising our sum‐of‐the‐parts model, using an average crude oil price of US$90 per barrel (previously US$81 per barrel). Our value of the West Papua concessions is also raised, based on the cash flow generated in the light of its FY10 reporting. Combined, our SOTP‐based target price is adjusted upward to $1.80, from $1.35 previously. The return to profitability will allow RHP to be taken off the Singapore Exchange watch‐list. The company will make the application following the finalisation of the audited accounts by April.

We have 1410 guests and no members online