WHAT A LOT of action took place in the market today, the first day of trading of 2011!

There was plenty of profits for traders and for those who continue to hold stocks from the Santa Claus rally.

Looking at today's top volume and top gainers, we select certain stocks that we have covered before and give you a quick take on the news or business fundamentals behind them. 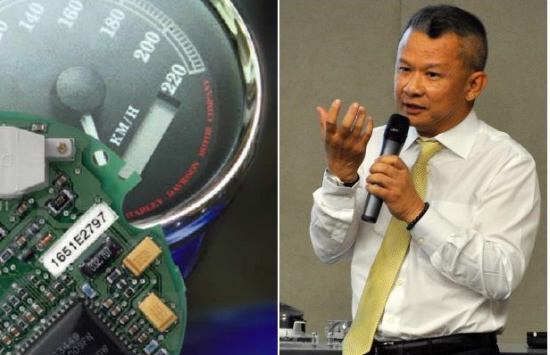 Juken specializes in manufacturing a wide variety of precision gears. Photo above is of David Wong, chairman of Juken
a) Juken Technology: Up 12.1% today, up 2 cents to close at 18.5 cents.

It was announced on Dec 14 that Pemberton Asian Opportunities Fund had bought 5 m warrants at 10.5 cents via a married deal.

The fund has been upping its exposure to Juken. On Aug 16, it had bought 3 million shares, bringing its total stake to 15 million shares or a 6.69% stake.

The 5% threshold was crossed when the fund bought one million shares on 11 August.

Interest could have been sparked by news that the media and analysts are visiting XinRen in China this week.

Check out our front-page snippet that was published this morning ....:-)

By the way, the stock is still trading below its IPO price of 55 cents, despite a strong set of results recently. 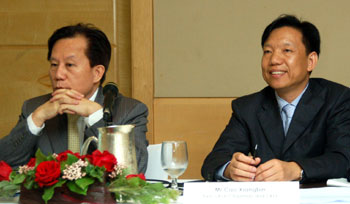 Gaoxian has broken its record price, and still trades at about 6.8X its trailing 12-month earnings, according to Bloomberg.

The stock has charged up from 18-20 cents in the middle of last year after it announced that it was seeking a dual listing in South Korea where the PE ratios of its peers are said to average 16X.

From being skeptical of its business fundamentals ever since its IPO in Sept 2009 at 26 cents, the Singapore market seems now to embrace it as its darling!

Sunvic is a high-volume play and is still cheap by Phillip Research’s reckoning as it trades at a PE of only 4X this year’s forecast earnings per share of 15.98 Singapore cents.

Sunvic, however, has had a fabulous run already last year, when it shot up from 17 cents to 62 cents – a whopping 265% gain. 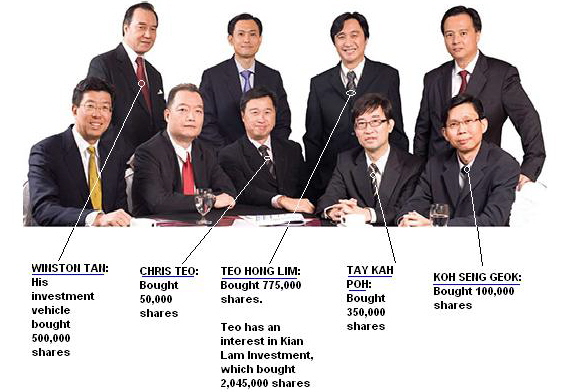 Our recent visual showing Roxy directors who had been accumulating Roxy stock in 2010 as the company reported quarter after quarter of rising profit.

Roxy is close to launching its mega project at the site of the former Dragon Mansion in Spottiswoode Park.

The impending sale, and expected success at good selling prices, could be the catalyst for Roxy’s run-up from 38.5 cents at the start of last December to 49.5 cents now.

Investors who have been tracking this stock would have garnered confidence from the persistent buying of the shares by several of Roxy’s directors.

Also check out today's good posting by NextInsight reader 'sumer' on Roxy-Pacific and other property stocks.

We have 1413 guests and no members online