SHENZHEN: 'Easy to start business, hard to find people you can trust' 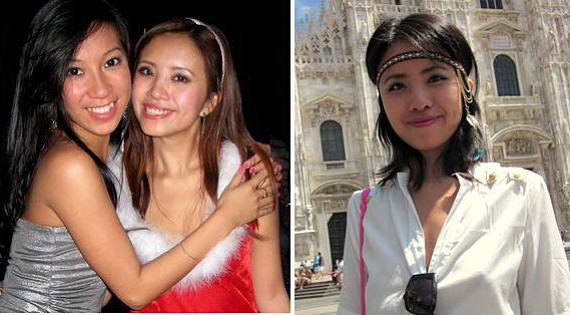 'Everything in Shenzhen looks more expensive because the people like to pretend, most of the time, they are richer than they really are,' says Even Chen (above, on holiday in Europe and celebrating Yuletide with friend).

AS ANY DILIGENT follower of NextInsight knows by now, we have been featuring a Shenzhen-based professional every other Saturday.

This is to let you, our faithful reader, know more about the city that would have bedazzled Marco Polo more than any Yuan Dynasty Mongolian emperor could muster in old Peking. But unluckily for the Italian cleric, Shenzhen was operating under the radar during his travels to the Middle Kingdom eight centuries ago.

As a matter of fact, this southern Chinese industrial and financial juggernaut was just a flyover fishing village just three decades ago.

And here to tell us a bit more about what modern Shenzhen is like today is a native of China's other financial hub, Shanghai.

She is twenty-something Ms. Even Chen, and she is riding Shenzhen's information technology wave as an executive with an IT firm here.

I met up with her recently to get a sense of how a young, business savvy female professional maneuvers around Shenzhen's mixed minefield of commercial opportunities and well-publicized pitfalls.


NextInsight: Let’s find out a bit about your background and career. Where are you from, what did you study in college and where, when and why did you come to Shenzhen?

Ms. Even Chen: I'm from Shanghai. I went to Maritime University and my major was Business English. After being 2 years with PR in Shanghai, I felt quite exhausted from my job. The same time my boss offered me an opportunity to try a different kind of job, trading. He told me that Shenzhen is the biggest electronic market in the world. So I came to Shenzhen to see.

You are from Shanghai, the biggest and most modern city in China. Therefore, coming to Shenzhen must have been a relatively easy transition, right? What do you think are some of the most striking differences between Shanghai and Shenzhen?

Ms. Even Chen: First of all, Shanghai is not the biggest city in China. About modernity, for sure Shanghai appears as the most popular city in China, beside Beijing, and the most modern compared to the capital. 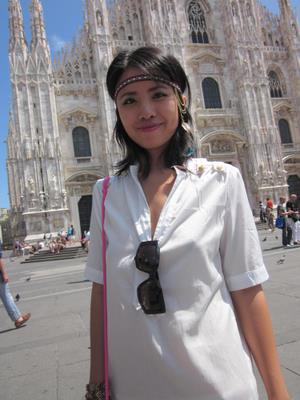 Even Chen living the dream on holiday in Europe

Shanghai has a very extended underground transportation system, the recently built business and living area of Pudong is the host of the World Expo 2010 and so on, but we cannot really say that it is the most modern city in China.

Shanghai can be more compared to an old lady that uses facelifts and makeup to appear younger. The face of modernity and the international popularity, as well as the mission of the city to be the financial center of China, are able to attract the most foreigners investing, living and visiting the country and support the city's goal to compete with Hong Kong.

Behind the face, the soul of Shanghai comes from the history of the city. Behind the cover, Shanghai is anything but modern. Its culture, lifestyle and attitude are based on the traditional Chinese way of life.

Shenzhen is probably more modern than Shanghai. It is the most modern city in China, actually. Some features of Shanghai are in Shenzhen still under development, like the subway. But, deep down, the city is only 30 years old. It's modern from its foundation.

Shenzhen not only represents the city with the highest GDP in China but also the city with the youngest buildings, a better road system and better environment. It's hard to say for a Shanghainese but, Shenzhen has more green and better air. Thanks to the sea being closer, more rain and, probably less cars and a warmer climate (in Shenzhen houses don't have any kind of heating because the lowest temperature in the winter rarely drop under 10 degrees), the pollution is lower than in Shanghai.

Keeping the street as an example, the main roads that cross the city in Shanghai have been built over the ground using available space, with the result that it will never be enough for the needs of the citizens. On the other hand, in Shenzhen, the main roads were built before construction started and with a mind to the future. The roads are bigger and better organized. Even during rush hour, the average speed in Shenzhen is probably double than in Shanghai. Plus, in Shenzhen it's very rare to find bicycles or scooters in your way.

On the other side, the cities in the south suffer from of a huge lack of culture and style. 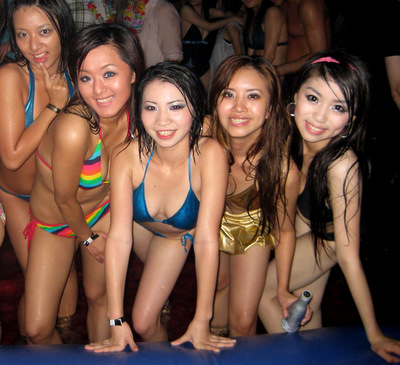 Even Chen is second from right in this photo with friends.

The average quality of the people in Shenzhen is lower, compared to Shanghai. Thanks to the higher presence of white collars, a better and more developed school system especially in the human and financial fields, the culture of Shanghainese is higher than the average in Shenzhen.

Over 80% of the people in Shenzhen are not local and are even not from close are or from the same province -- Guandong. Most of them came as common workers, in construction first and in production later, from the north or central provinces of China. Many of them came to Shenzhen attracted by jobs without any preparation, even the lowest grade.

Shenzhen has no culture and is based on the transformation of farmers to citizens.

This difference in the quality of the people is what makes Shanghai probably appear more modern than Shenzhen. But if we think about a city in terms of the environment and quality of life provided to the citizens, the brand new Shenzhen cannot be compared to any other in China, probably.

What are some of the biggest changes you’ve witnessed in Shenzhen during your time here?

Ms. Even Chen: I've been in Shenzhen for less than two years but have seen alot of development.

If I see pictures of Shenzhen 20 years ago, I imagine just fields and construction sites. That time the city was probably not yet a city at all.

How drastic have the increases in rent, transportation, food and entertainment increased in Shenzhen since you arrived? How do you deal with the rising cost of living in such an economically successful city like Shenzhen?

Ms. Even Chen: As I came to Shenzhen only in 2008, I didn't really feel a drastic increase. The only difference I saw is in the taxi fares that rose about 20% and continue to be the highest in China.

Everything in Shenzhen looks more expensive because the people like to pretend, most of the time, they are richer than they really are but in fact Shanghai is probably more expensive.

In Shenzhen, even in downtown, you can still have a good meal for less than 10 yuan, something I'm not sure can happen in Shanghai.

The public transportation system in Shenzhen (besides taxi) is on average cheaper than other cities, like Shanghai.

Probably only the real estate market values are crazy, compared to the average income and the real costs of development. But this is a problem everywhere in China, not only in Shenzhen.

Do you think Shenzhen is a good model for how other cities should develop economically?

Ms. Even Chen: Lets make this point clear -- Shenzhen developed the biggest economy in China totally based on the "tax free" model.

If every city choose to set the taxation to zero, well, they can grow as much as Shenzhen or more. But what about the country?

Low tax (nothing in Shenzhen for almost 30 years) has always been the big boost for development of cities and, sometime, even countries. 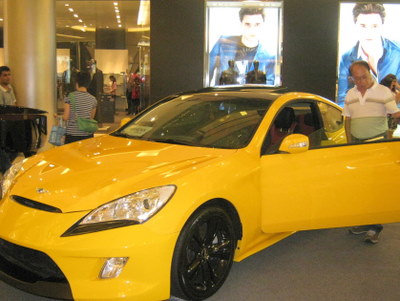 This can work if the model will be used within limits. A city that already have a good economy based on some kind of production can use it to better support and help to grow the local industry. And they do it. Ningbo and the close area of Zhejiang province, that host a well developed industry of plastic molding, support exports with a 10% rebate on the taxes on these kind of products, for example.

The total "tax free" model of the past 30 years in Shenzhen is something acceptable for a country that needs to grow up, like China in the 70's -- but not now, not anymore.

Probably cities in other countries like Vietnam or some well organized country in Africa can use this model.

In China today, a new free-tax city like Shenzhen in the 80's will only attract sharks willing to go there, bite as much as possible and run away. I don't see any future for a city that will adopt this model in the future.

Would you be happy to raise children here, and more importantly, would you by happy to send them to school here in the future or would you choose another city or even country?

Ms. Even Chen: I don't think so. The school system in Shanghai is better developed and gives me a feeling of higher quality. Probably Shanghai is today the best city to raise a child and give him or her instruction.

Left Leaning: Even Chen in Italy

Ms. Even Chen: In Shenzhen it's just "simple." Everything is very simple. Simple to find clients, workers, working space. You can actually start a business first and think about the paperwork slowly. Some people run businesses for years without filling out any paperwork (no licenses, taxes, and so on).

On the other hand, due to the low quality of the people, it's very hard to find in Shenzhen someone you can trust. Even if they are not motivated by bad intentions, and even they are not really cheaters, you will find it very hard to find one single person able to keep a promise. It's a chain. If the first one will not keep it, all the others will fall down.

In Shenzhen you can expect to be able to start a new business in minutes. But it will take ages to make it go smoothly and the trouble will always be there, just around the corner, waiting for you.

Finally, what would you tell would-be investors in Shenzhen companies, or Shenzhen-listed A shares?

Ms. Even Chen: I think the stock market in China is only for the Chinese. Everything seems so local that I'm not sure an investor can handle it without the culture and the background of being Chinese.

Investing in Shenzhen companies can be something different. It can be easier to look inside in the depth of the company and base decisions on investments and real facts, not just press releases.

But, never forget: in Shenzhen promises are hard to keep... as hard as finding water in the desert!

We have 564 guests and no members online