The renminbi appreciated again today against the US dollar, with one greenback now buying just 6.725 yuan.

This makes Chinese exports less competitive on a pricing basis in key markets like the US, a move that is surely being cheered in Washington as data released over the weekend showed that China’s trade surplus with the rest of the world hit its second highest monthly level this year, up 28% year-on-year.

In June 2010, Beijing put an end to a year-and-a-half yuan-dollar peg, assuring the world that it would permit a more flexible exchange rate.
But the renminbi has appreciated by less than 1% since. 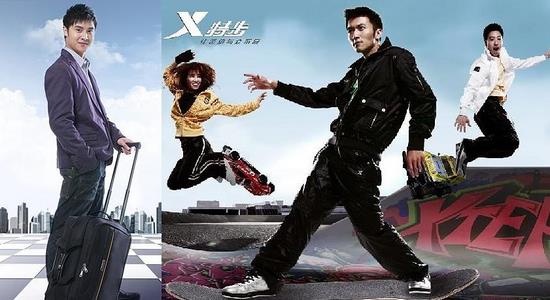 Also expecting more trans-Pacific trade friction was research house High Frequency Economics, which said: "Did the authorities in Beijing think that the G20 would fail to notice that the promised yuan revaluation has not happened?"

The upshot is that with each incremental rise in the value of China’s currency, consumers are generally able to afford more daily items, especially imports – and exporters are forced to begin looking elsewhere, notably domestically, for buyers. 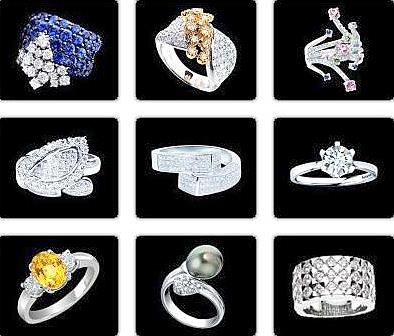 Hong Kong-listed Ming Fung wouldn't mind a strong yuan as this allows PRC consumers to better afford its jewelry. Photo: Company
Adding fuel to the fire was the trade complaint filed earlier this week by US union United Steelmakers urging Washington to retaliate against what it said was improper Chinese government aid to clean energy industries such as wind and solar power.

The Obama Administration has 45 days to decide whether to accept the complaint and open an investigation that could lead to cases filed against China before the World Trade Organization in Geneva.

Implications for Chinese solar wafer and panel makers as well as wind turbine generators could be devastating.

On the currency front, however, analysts said they doubted China would allow any sudden one-off appreciations in its currency given the continued importance of exports to growth.

"Exporters are wary of any sudden increases, and they would object strongly to a sudden upward adjustment of any sort,” one analyst stated.

Given the lack of visibility on the yuan and China's bilateral trade relations, analysts are recommending investors hedge some positions in domestic plays given the erratic economic recovery being witnessed overseas and the uncertainly over exports.

Another recent development that could potentially affect Chinese stocks is the ongoing mandated power rationing in select regions amid sporadic power shortages.

In a Chinese language piece in SinaFinance.com, experts break down which sectors in China will see the biggest impact one way or another from these two phenomena.

Currently, 30 regions of China have either been subject to power rationing or are in preparatory stages to deal with the mandated electricity cutbacks.

The National Development and Reform Commission (NDRC), China’s top economic planning agency, is taking the extreme measures to help phase out high-polluting, inefficient firms in industries including metallurgy and mining.

"In order to meet clearly defined efficiency models and emission reduction targets, it would not be surprising if the NDRC actually ordered outright production halts from select industries in assigned regions in order to better ensure reduction targets are met,” one analyst was cited as saying.

These nine provinces and regions will face the most stringent rationing and are required to have in place contingency plans in case they are ordered by the economic watchdog to immediately kill power.Priority 2 regions which have less rigorous power rationing measures confronting them are: Hebei, Shanghai, Zhejiang, Jiangxi, Shandong, Hunan, Hainan and Gansu. 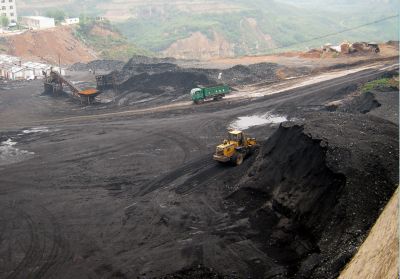 They include Beijing (the seat of the national government), Tianjin (a major commodities port), Shanxi (China’s top coalmining province, see photo right) and Guangdong (the production base for 25% of the country’s exports).

Analysts did say that a curious result of the power cuts is its effect on steelmakers.

As many of the country’s steel mills are located in Priority 1 and 2 regions, they say that if the government mandates temporary power outages to meet stringent reduction quotas, the NDRC will likely pick and choose which mills will be allowed to continue production and which will be forced to pull the power plug – at least temporarily.

"The measures, especially in Hebei (China’s top steelmaking province) will likely have the effect of helping to manually weed out the less efficient, more highly polluting producers,” another analyst was cited as saying.

Also, with expected production halts at smaller, less efficient mills, fewer crude and finished steel products flooding the local market will be an upside driver for selling prices, they added.

However, this did not stop the sub-index for steelmaking shares from shedding 1.91% today.

The Shanghai Composite, the Index tracking A shares in China, did nearly as bad today, losing 1.34% to close at 2,652.50 points.