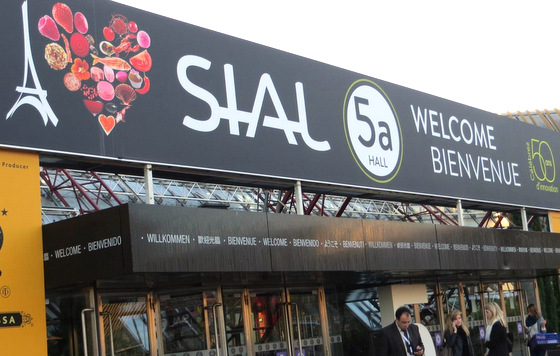 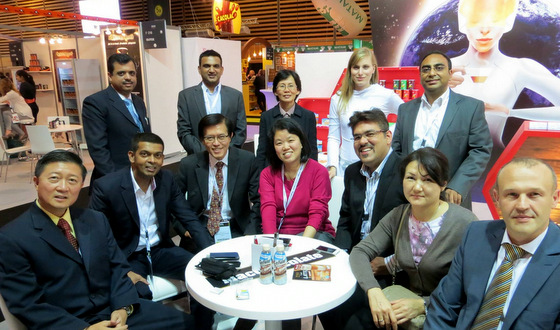 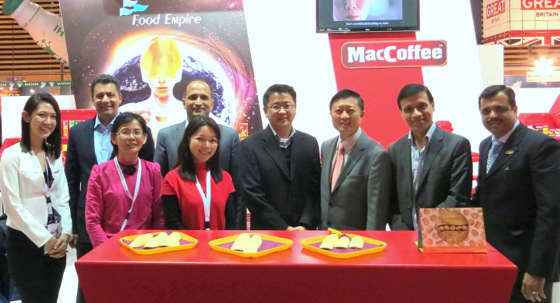 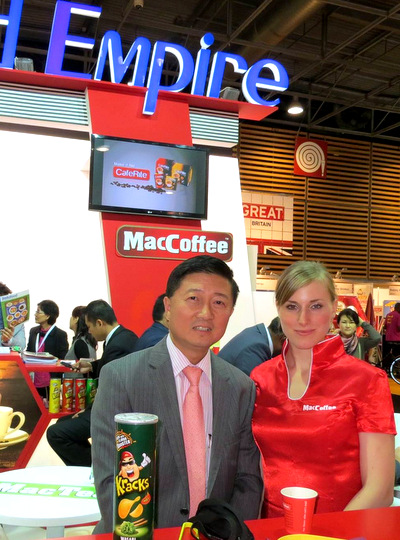 Tan Wang Cheow, executive chairman of Food Empire. On the table is a tube of Kracks potato chips -- which is among Food Empire's stable of snack foods.Photos courtesy of Food Empire

SINGAPORE-LISTED Food Empire made its presence felt last week at SIAL, which attracted more than 6,300 exhibitors from 105 countries.

In this photo spread, you get a sense of the scale and activity level at the Food Empire booth at the event, which coincidentally was the 50th anniversary of the exhibition.

Some 150,000 high profile visitors from 200 countries are said to have attended.

Targeting a diverse group of buyers helps Food Empire extend its reach. Already, the company exports to over 60 countries. 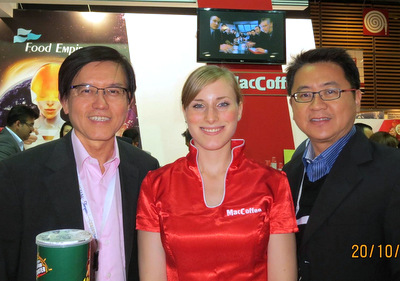 L-R: Tan Joon Hong, Chief Operating Officer of Food Empire, and William Fong, CFO.Along with active marketing and brand-building campaigns, Food Empire also localizes the flavors of its products to win consumers in these markets.→ MacCoffee, whose logo can be seen in several pictures on this page, is the key product of Food Empire.

It has been consistently ranked the leading 3-in1 instant coffee brand in the Group’s core markets of Russia, Ukraine and Kazakhstan. 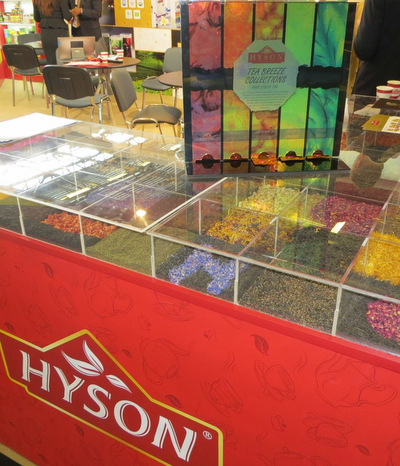 → Hyson is a tea brand, complementing the beverage offerings of Food Empire. Its tea comes in various refreshing flavours - peach, apple, lemon and original milk - and can be drank hot or ice-cold.

Its Hyson All Time is a brand of "occasion-based" teas that offer unique blends suitable for different times of the day. 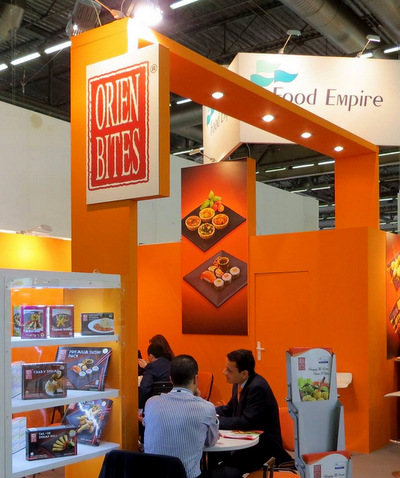 They can be served after being microwaved, steamed, fried, grilled and barbequed. 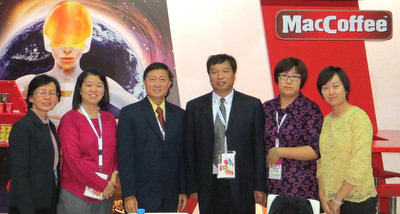