The following article first appeared in its original form in the 31 December 2012 investment newsletter of Lighthouse Advisors. Those who wish to investigate the companies discussed should refer to the individual companies’ announcements and the external reports cited for relevant information.

No part of this foreword or the article below is to be construed as investment advice. The article is reproduced for informational purposes only, and the author accepts no responsibility for any inferences drawn or actions taken as a result of the article. Any opinions expressed therein are the personal views of the author and do not constitute a professional opinion for any purposes whatsoever. At the time of this writing, Lighthouse Advisors is a “long-only” fund manager and holds no long or short interest in any of the companies discussed. 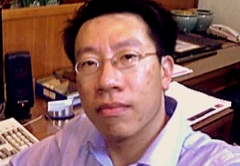 The adoption of “fair value accounting” has created an upheaval in financial markets. While the theoretical basis is sound, the rules are written generically and leave a great deal of room for judgment, so they have become open to abuse. There is a saying that “the road to hell is paved with good intentions”.

Tanks in which abalones are reared in Oceanus farms.

So where was the problem? There wasn’t one, assuming that the abalones were eventually sold for fair value. But the basic assumption here is that the biological assets actually existed. On 9 November 2011 the company announced that 42 million abalones had been lost due to “high mortality”. But importantly, ten days later the company also announced that “new mortality of abalones from now has to be matched by new empty shells”. This meant that the shells of the 42 million dead abalones were missing, which begs the question of whether they existed to begin with.

A back-of-the-envelope calculation of the logistics involved in stealing 42 million abalones makes clear that traces would be left behind. If no trace of the abalones could be found, then they probably never existed at all. As for the remaining abalones, on 14 November 2011 it was revealed that 85.6 million were found to be laggards i.e. too small given their age. Their fair value had to be written down by over 50%.

How could 42 million abalones go missing and 85.6 million abalones turn out to be sub-par? One clue: the company revealed that its auditors, Deloitte & Touche, needed over 20 people and 3 weeks to complete a 5% audit. In other words, 95% of the tanks were not audited, so missing and undersized abalones went undetected for as long as 4 years. This eventually led to disaster. From a net profit of RMB 188m in 2010, the company reported a loss of RMB 1.2bn in 2011. Key items included a RMB 423m loss for changes in fair value, and another RMB 367m written off for the “dead” 42m abalones.

Who was to blame? One hint: the company sacked the CEO, stripped him of his role as legal representative and seized all the company seals from him.

So was Oceanus justified in recognizing fair value gains? Given that it lacked adequate controls to ensure its biological assets actually existed, clearly not. Even if it conducted 100% audits, the market price of abalones changes from time to time. Until the abalone is actually sold, its actual market value is unknown.

To be prudent, Oceanus should have reached an agreement with its auditors that fair value could not be reliably determined, and carried its biological assets at “cost less impairment”. Del Monte Pacific, also listed on the Singapore Exchange, uses “cost less impairment” accounting for its pineapple plantations, with no complaints from its auditors KPMG. This, despite pineapple plants being easier to count (via aerial photography) and having a shorter lifecycle than abalones (18 months versus 5 years). So the use of fair value accounting by Oceanus definitely qualifies as being too aggressive – an assessment borne out by later developments.

In an amazing show of common sense, the Hong Kong Exchange has disallowed the use of biological asset fair value gains when calculating profits for companies trying to go public. It is a great step in the right direction. If only other stock exchanges were as sensible.

"Can cash be faked?"

Hub Trading: I agree with Ben Koh. This fair value really NO VALUE. It is not the actual sales you received. This Fair value often changes every quarterly.

Mariner Maine: He ended his article and I'd like to think hinting at SGX with regards to OLAM's fair value accounting.

Eugene Teo: I would like to read more articles written by Ben Koh. Thanks!

Kit Whye Chan: From a realistic point on fair value accounting, one must ponder that because fair value computation can be judgmental, should companies be allowed to adopt 100% fair value gains in the books, even though the computation is reliably estimated?

Accounting standards setters should review this particular standard and define clearly how fair value should be ascertained for each particular type of assets, eg properties, biological assets, infrastructural assets, etc., and under what circumstances should fair value be adopted and not be adopted, using the prudence and materiality concept of the standards.

Where fair value can be reliably estimated, less than 100% adoption should be considered for differently category of assets. Broadly, while fair value gain has been emphasised in the accounting standards, fair value losses must also be considered as an importing impairment within the standard. Accounting standards are currently based on the general principle rather than the rule, I would also proposed that some standards must he rule-based instead of providing and all embraced general guidelines. Without doubt, standard on fair value accounting must be somehow adopting the rule-based approached, quantifying the methods of adoption.
Quote
Refresh comments list
NextInsight.net

We have 765 guests and no members online