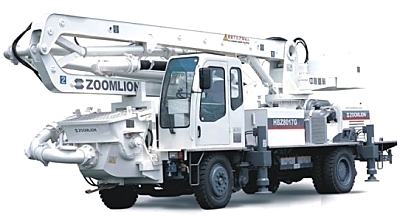 A year ago, Morgan Stanley bought 13 mln H shares of construction equipment firm Zoomlion. The Hunan Province-based firm is a direct beneficiary of government-supported infrastructure development in the PRC, and the latest building campaign is spurring its share price. Photo: Zoomlion

AFTER MONTHS OF DOWNTURNS and false starts, it seems as though investors across China are finally daring to smile again following the recent market rally.

But which five sectors are chiefly behind the charge?

Given the sharp end-week surge in share prices and the three recent consecutive days of gains – a rarity for much of 2012 -- it’s a question on many investors’ minds.

After all, those playing the market are very eager to know which themes have contributed most to the recent nearly 5% surge in the benchmark Shanghai Composite Index over the space of just three trading days.

And as with most rallies, daily turnover is also heading higher in a hurry and it is becoming increasingly apparent that the market-moving funds are chasing after five sectors in particular.

During the three days amid which the Index jumped by almost 5%, these industry stocks saw increases in fund inflows which boosted their aggregate market values: building/construction materials (+0.24%), non-ferrous metals (+0.23%), machinery (+0.11%), transportation insfrastructure (+0.10%) and textiles/apparel (+0.10%).

While on the surface the increases sector-by-sector may not seem like much to write home about, these five were the top performers of late in terms of attracting new money – a total of 5.31 billion yuan to be more precise.

Over the past three trading days, total market capitalization of building material-themed shares in China was boosted 0.24%, resulting in a sector-wide rise of 10.15% for share prices over the period, making it the best performer over the Thursday-Friday-Monday timeframe.

During the three days, the sector’s listed firms won themselves over 1.55 billion yuan in new investment funds, pushing the market cap for all building material-themed stocks listed in China to 646.3 billion yuan – 0.24% higher than three-days earlier.

It's been a wild summer for China shares

One of the biggest drivers was the weekend announcement by Beijing that the government would pry open the nation’s coffers and dish out around 158 billion usd over the next few years to fund major infrastructure projects.

Naturally, investors rushed to the building materials and construction sectors on news of the major stimulus package.

“Cement and construction materials led the charge on Friday thanks to the projects announcements. It helped that China’s cement makers were in a rut for most of August and therefore were building from a very low base which makes it likely that cement and construction material plays will recover even faster than the overall market going forward,” a market watcher was cited as saying.

Over the three-day run, 88 stocks in the sector – or 74% of all listed building/construction material plays listed in China – reported higher fund inflows during the period.

Thanks once again to the long-awaited stimulus from Beijing, machinery-themed shares also boosted their total market capitalization by 0.11% over the three days, attracting some 1.01 billion yuan in new investment.

Investors would do well to keep an ear tuned to Beijing to find out exactly who will be benefitting from the new spending package, and by how much.

We have 872 guests and 8 members online