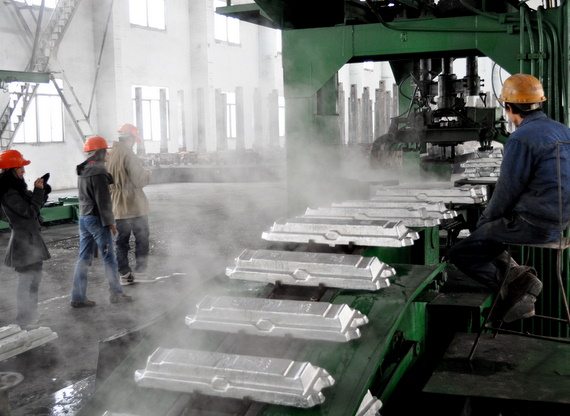 In Yichang smelting plant: Hot molten aluminum is poured into steel moulds to form ingots which solidify and are then channeled through a water bath (above) that cools them down. The ingots then ride up a conveyor belt to be packed. Photos by Leong Chan Teik 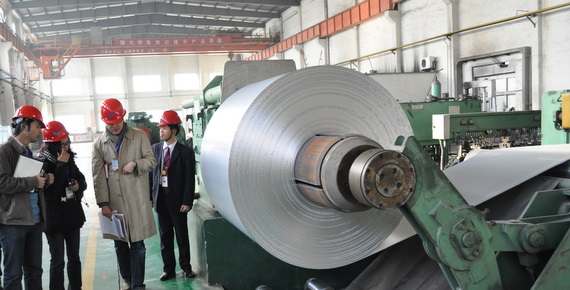 About 800 km away from Yichang plant.....in Jiangyin fabrication plant: Aluminum sheets being produced from mainly ingots, which are mostly purchased from third party suppliers for cost-effectiveness as they are located near the plant.

This report will cover the second leg of our visit: we flew some 800 km to Shanghai for a 2-hour drive to Jiangyin, home to XinRen’s fabrication plant. 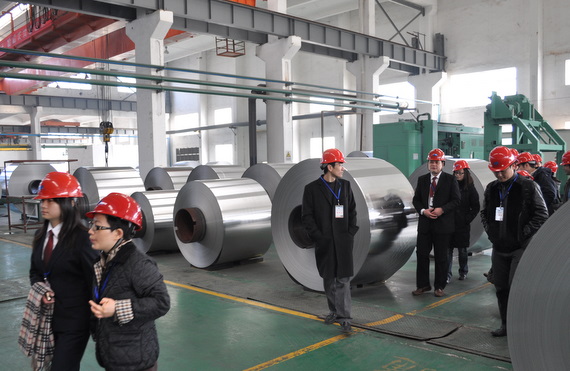 XinRen's Jiangyin plant will be among the top 5 in China by the end of this year when its production capacity reaches 150,000 tonnes a year.

The gross profit margin for fabrication is about 20%, which is higher than that for smelting (12-13%).

That partly explains why XinRen is dedicating the bulk (55%) of its IPO proceeds to increasing the capacity of its Jiangyin plant (as well as for acquisitions and investments in ancillary businesses such as carbon anode plants).

The expansion in the fabrication plant will consume about S$52.9 million of the $96.1 million of IPO net proceeds that XinRen collected in October 2010.

Using its own internal resources, XinRen had completed by end-2010 the doubling of its production capacity to 100,000 tonnes per annum. The additional 50,000 tonnes capacity is for producing aluminum plates.

As we learned from the management, XinRen typically has confirmed orders of 1.5 to 2 times what its plant can produce based on its current 50,000 ton annum capacity. 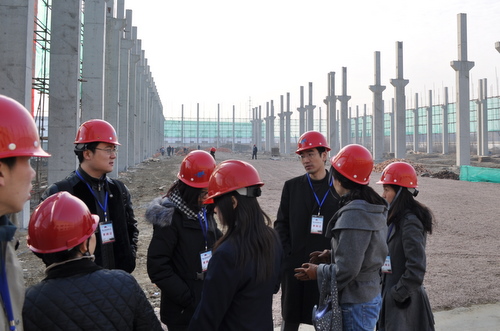 RMB270 m of the RMB 300 m to expand the Jiangyin plant's annual capacity by another 50,000 tonnes by 3Q this year will come from XinRen's IPO proceeds

The next phase of its expansion is scheduled for completion by 3Q11, resulting in a tripling of XinRen’s production capacity to 150k tonnes.

The company would then become one of China’s top 5, according to management's estimate. According to industry statistics, in 2009 XinRen ranked No. 12 with its 50,000 tonnes production capacity. 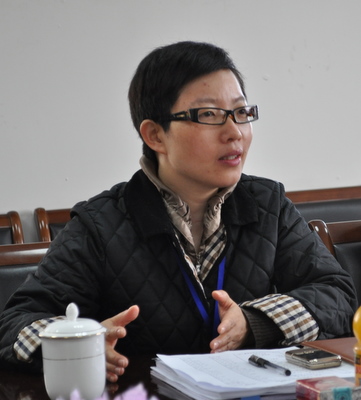 Zeng Mingliu, an executive director of XinRen, is one of the daughters of the founder.

Reflecting XinRen’s emphasis on the mid- to high-end product range, it is considering producing new products for use in applications such as high speed train cabins, and automotive and aerospace products.

For the current 50,000 tonne facility, the highest value products are for solar, and heat transfer applications.

XinRen shares have recovered some 28% since Dec 8 (when it announced its 3Q financial result) to close recently at 55 cents, which was the IPO price.

Market awareness of the stock has improved following the higher profile of the company arising from the recent media-cum-analyst visit, coupled with the sterling 452% jump in Jan-Sept net profit.

What some analysts said after the visit:

Attractive valuations. XinRen trades at 8.9x FY10E P/E vs the peer average of 21.2x; and at 5.9x FY10 EV/EBITDA vs peers’ 11.5x. The more than 50% discount in valuation is unwarranted in our view, and suggests room for XinRen to rerate upward. 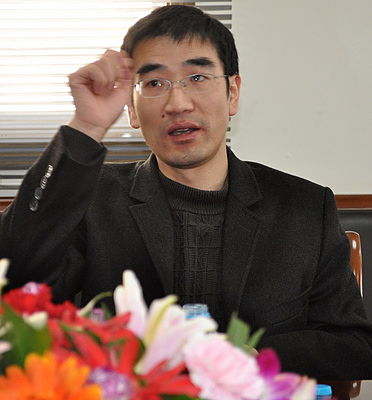 Liang Hong Bo is an executive director of XinRen and its key spokesman.

We like the fundamentals of the company, backed by a strong macro outlook and a well-run operation which has yielded costs advantages. Valuation does not seem excessive at this point with the company trading at 9x CY10 P/E (annualising its 9M10 EPS), while its most similar peer listed on the SGX, Midas, trades at 21x CY10 P/E (as per Bloomberg data). The disparity in valuations could be due to (i) different business type; and (ii) political and leverage risks.

While the group's growth strategy will help to lift its output and possibly improve cost efficiency, we note that the outlook for aluminum prices appears muted (Exhibit 2). XinRen is trading at 8.8x forward PER vs. its Hong Kong and China-listed peers' 29.5x PER.

Key investment risks include commodity price fluctuations (XinRen is fully exposed to spot rates as it does not engage in forward hedging), high gearing (195% as of Sep 10), and the group's ownership structure, which does not include equity ownership of the smelting plants due to the PRC's regulations restricting foreign investment in its aluminum smelting industry.

We have 1253 guests and no members online