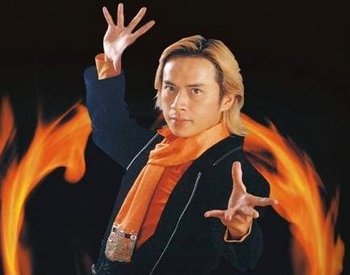 SINCE LATE MAY, 1.7 trillion yuan has vanished from China’s stock markets.

It is important to note that the benchmark Shanghai Composite Index, which tracks A- and B-shares listed in both Shanghai and Shenzhen, has just sunk to a 41-month low, and only inched up 0.13% on Friday to close out a very blustery trading week.

The downhill ride since late May has indeed resulted in some 1.7 trillion yuan in funds being lost.

Due to the see-saw battle between the bears and the bulls this week, the benchmark Index finally dipped below the psychologically significant 2,132 level that analysts had pointed to, marking the new 41-month nadir.

But more importantly, it meant that the frighteningly high yuan figure above – with all those zeros after it – had been lost by investors since the Index began heading south in a hurry two months earlier.

A market watcher with Dacheng Fund Management Co Ltd said the overall lackluster state of the economy, both at home and in key overseas regions, was driving market sentiment and buying behavior – or lack thereof – on the bourse.

“In this type of climate, fundamental strengths and weaknesses of individual counters are overlooked, and the pall of a dreary economy hangs over market sentiment, meaning that there is little that can spark a significant rally unless the economy suddenly surges back to life.

“And with each bout of bad news on the economic front, what would otherwise pass for bargains in the market are left untouched.”

Since end-May, there's been signicant value evaporation among Chinese shares

Since the end of May, amid a steady fall in the price of A-shares in Shanghai and Shenzhen, the total value of listed stocks fell to 16.56 trillion yuan from 18.3 trillion, resulting in a hemorrhaging of 1.7 trillion in value from the bourse.

Within this staggering tally, the number of shares listed in Shenzhen (including main board A-shares, SME Board shares and counters listed on the ChiNext Board) rose to 503.5 billion shares as of July 26 from 481.6 billion shares as at the end of May.

Over the same dismal stretch, the value of shares listed in Shenzhen fell to 7.63 trillion yuan from 7.00 trillion, a loss of 630 billion yuan or 8.3% of the total.

If the ChiNext board is not included – China’s version of the Nasdaq which never seems to run of steam – the losses in Shenzhen are even more startling.

For comparison’s sake, the dynamo board that is the ChiNext saw its total number of shares rise over the past two months to 21.98 billion shares now from 19.94 billion in late May.

But unlike its big brother A-share main board in Shenzhen, the ChiNext actually grew its total capitalization over the past two months to 829.71 billion yuan today from the two-months earlier total of 829.56 billion.

Not much to write home about, but in this bear market, any increase is impressive in its own right.

At the same time, the larger Shanghai Stock Exchange saw its total share capitalization shrink by a head-turning 9.93% over the past two months to 12.06 trillion yuan.

While many investors might start to feel their eyes glaze over reading over this series of figures – even with all those zeroes – the precipitous fall has brought great hardship to a sizeable number of investors.

Whether or not the millions of retail investors who ended up with the short end of the stick and pulled out of the bear market already will find the courage to return is a question that all investors should care very dearly about.

We have 1981 guests and no members online