Packing Some Punch: AVIC is one of several tech-savvy 'culture' firms about to go public in China. Photo: Company

30 enterprises classified as “culture firms” are about to list in China. Could this be the market version of a Cultural Revolution?

The original phenomenon dragged on for a decade, from the mid-sixties to the mid-seventies, and wrought havoc on intellectuals across China and surely set the nation’s development back just as long.

But the emergence of two-and-a-half dozen “culture firms” on China’s domestic capital markets will surely prove a much happier story than the original Cultural Revolution, with one official calling their appearance the beginning of a new pillar industry.

And with Beijing's oft-stated desire to boost China's "soft power," help from above for this cultural sector is a given.

Analysts point to this sudden surge in theme stocks as not only indicative of a possible return of confidence to the A-share markets, but also a potential new growth area on the bourses.

And among this large body of potential newcomers, “culture stocks” that offer both traditional software (ie: service staff) wedded to innovative uses of hardware (ie: technology) will emerge the biggest winners in the bunch.

As of mid-July, there were already 30 culture firms lined up across the country awaiting approval to sell A shares.

Furthermore, some are engaged in many of these undertakings simultaneously, thus demonstrating the multifaceted nature of modern day “culture firms” that are much more than a fleet of busses carting tourists back and forth to sacred mountains.

Not only are they more diverse and able to focus their energies on the most profitable activities, but new culture firms are increasingly flexible, capable of changing with the evolving marketplace and shifting consumer preferences.

Although credit must go to the founders and management of these firms for their foresight, a lot of the growth and success of new age culture firms like these is also due to robust support and promotion from the government over the past year, and there is little sign that officials are likely to pull the plug on this sector anytime soon.

This can only be good news for those contemplating buying shares in these firms, which will begin floating on the A-share markets in Shanghai and Shenzhen soon. 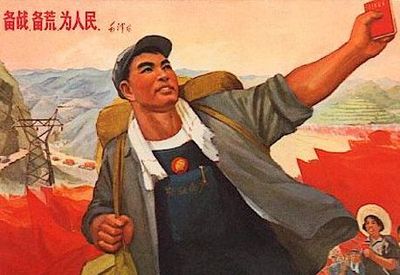 The wave of 'culture' firms awaiting listing in China is ushering in a market-style Cultural Revolution of a more cheerful variety.
Photo: villas.com

As an example of the support from Beijing for these soon-to-be listed firms, CSRC Chairman Guo Shuqing said recently that the Commission was fully behind those firms that met core standards of excellence and competence, and felt that helping bring them to market would not only strengthen their core capital raising potential, but also help consolidate the overall industry and make it more viable over the long term.

“This will help make these culture firms another pillar in the nation’s economy,” Guo said.

Therefore, with the CSRC watching their back, it’s no wonder that firms falling under the broad category of “culture” are exploring new ways to expand, including going public.

But given the lack of consolidation in the market and the preponderance of small players, not all IPO aspirants are cut out for big board debuts.

To that end, of the most recent culture firm approved for listings, 12 chose to sell shares on the A-share main board while the other 15 opted for the ChiNext Board, the PRC’s equivalent of the Nasdaq which targets capital-hungry SMEs.

Some of these include multimedia consultancy Simei, who counts among its clientele General Motors, Yum Brands and Panasonic.

Animation house Zhejiang Rising has also been added to the list of newly-approved A-share firms as has TV and film production play AVIC Culture.

These three being in the early wave of approvals clearly demonstrates the CSRC’s preference for more innovative, technologically-savvy players in the culture space.

With their relatively seamless entry to the stock market ensured, their backing from the market watchdog and their technological expertise, this trio of firms and others like them will provide interesting fodder for analysts down the road looking to talk new potential.

We have 1336 guests and no members online