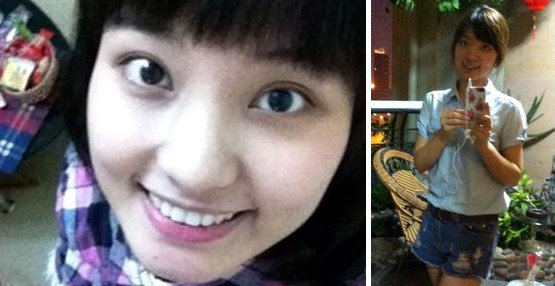 The Fabulous Liu Sisters: Sisters Juan (left) and Fang have been living in a 130 square meter home in Shenzhen’s upscale Nanshan District since 2004 when their father paid 800,000 yuan for the four-bedroom place – a price both called “cheap.”  Photos courtesy of Liu sisters

LAST MONTH, we brought you the survey on renting apartments in Shenzhen, resplendent with all the trials, tribulations and occasional triumphs that flat hunting can bring.

Today we take a look at the home buyer’s market in this economic juggernaut of a city.

If you are looking to save money on housing in China, Shenzhen is not a good bet.

In a survey last year by market research firm Elivecity.cn, Shenzhen was found to have the highest home property prices of the Chinese cities researched, with new homes selling at an average price of 22,304 yuan per square meter.

Shanghai came in second with a home price average of 20,186 yuan/sq m; with manufacturing mecca Wenzhou ranked third at 20,050 yuan. 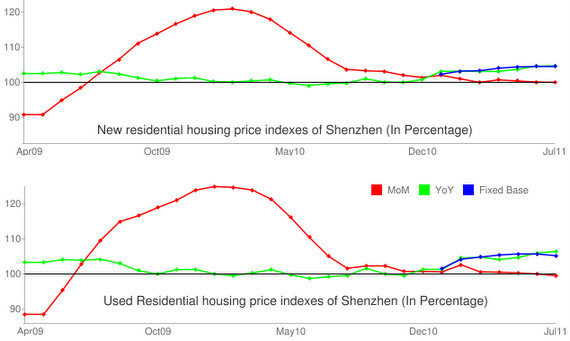 But this doesn’t mean Shenzhen is immune to external shocks – if not weaker external demand.

Those who thought China’s property market was sheltered from the 2008 Global Financial Crisis got quite a shock when during a four-week period in 2010, the average price of new homes in the Shenzhen plummeted over 30.1%, the largest decline in property markets nationwide that year, reported the China Business News at the time.

However, that doesn't mean there are many bargains to be found.

CCB International said in a recent survey that current housing prices are still unaffordable to the average home seeker in Shenzhen.

By now, we all know the background story: Shenzhen is by some measures Mainland China’s third largest city, with anywhere between eight and 15 million inhabitants.

Home Sweet Home: A random comparison of adverts outside two realty offices in a mid-range neighborhood in Shenzhen’s Luohu District. Prices promoted here range from 700,000 yuan for a 39 square meter place with one bedroom and a kitchen to 1.5 mln yuan for a 70 sq m equivalent – prices hardly suggestive of a bursting property bubble.  Photos: Andrew Vanburen

The trick is nailing down a definition for “inhabitant” because this city beside Hong Kong is one flowing mass of migrant workers, making infrastructural blueprinting and traffic flow science a very difficult task for city planners.

Most importantly for our purposes, Shenzhen has one of the highest average incomes per capita and enjoys the dubious honor of being the country’s most densely populated urban area.

These two factors have more to do than any other demographics with the traditionally sky-high property prices in the metropolis and go a great deal toward informing the results of this survey.

But that’s not all that’s moving housing prices in Shenzhen.

Additionally, it is located in Guangdong Province -- the country’s most affluent – which turns out a staggering quarter of all of the country’s exports.

Anyone who’s spent any stretch of time doing business in China is aware of the arcane but inextricably interwoven and important entity of “face.”

Respect, self-esteem, self-image, status, street cred... none of these adjectives do justice to the true meaning of and subtleties of “face.” 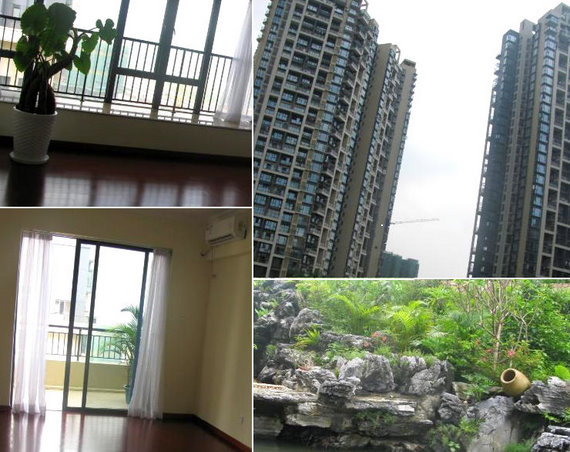 Workers' Paradise? Longgang is one of Shenzhen's most affordable districts, with its relatively cheap rents preferred by the throngs of migrant workers in the city. But this 2-yr old unit, brokered by Hong Kong-based Centaline Holdings, goes for 850,000 yuan for just 89 sq m.
Photos: Centaline

For our purposes, "face" is implicit in the answers NextInsight received in this survey, as well as who was allowed to provide the replies and have photos published.

By that I mean that all of the respondents I sought out either deferred to their progeny to endure the survey or else they themselves said the house deed was not in their name but that they would answer on behalf of their parents – almost always the man of the house. 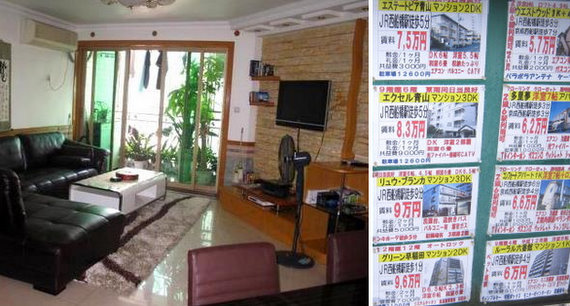 And to a tee, all replies on purchase prices seemed inflated above expectations with all claiming to be happy with their respective bargains – perhaps indicative of the economic side to “face” and the personal pride of gloating on the happy side of a zero-sum transaction.

Additionally, the humble side to “face” was revealed by all respondents not actually being the deed holders, a phenomenon which strongly suggested that the “landed class” of older, established residents in Shenzhen was still a bit shy about having their photos published and was more than happy to let their well looked-after children do the actual talking and posing.

Shenzhen's Liu Fang (above) and her older sister Juan watch over Shenzhen from their 130 sq m highrise home.  Photo courtesy of Liu sisters

Liu Juan and her little sister Fang are sitting pretty high up in a cozy high-rise in Shenzhen’s upmarket Nanshan District.

The fact that the family has two children who aren’t twins is usually a giveaway that things are going well for the household, given the onerous fines that must be paid upon the birth of additional offspring.

The two said their “businessman” father – which they left in those general terms – purchased the four-bedroom, two-dining/living room home for 800,000 yuan in 2005.

They said that both they and their father still think they got a good deal on the place seven years ago.

“We needed a place to live, having pretty much outgrown our first place, so we jumped on this one,” Liu Fang said.

They didn’t seem to think the 130 square meters was at all crowded because both were looking at moving out sooner than later, especially if the younger sister were accepted to a college outside of Shenzhen.

The two added that their father was pondering the possibility of adding to his personal land bank if prices in Shenzhen continued to soften.

“If he did that, or if we did that down the road, we all would be looking to rent it out to recoup our investment as quickly as possible,” Liu Fang added.

Nanshan District, while still having a healthy mix of the haves and the nearly-haves, is perhaps the most coveted living location for the well heeled, with a long stretch of meandering coastline offering beautiful but bank-breaking vistas of the South China Sea.

Saving money on rent sometimes means swallowing one’s pride and a fair amount of freedom by bunking at your parents’ house.

Such is the case for Penny Luo.

Having graduated two years ago from Luohu District-based Shenzhen Institute of Information Technology – a school itself just a decade old – Penny struggled at first to find a job to her satisfaction.

“Everyone here knows this school and its strong reputation. Therefore, I was a bit wary of taking on a low-paying entry-level position, thinking I could do much better than that.

“Well, I finally found an IT-related job to my liking. But I certainly can admit that if I didn’t have my parents’ house and meals here to keep me going, I would not have been able to be so picky on the employment front,” she said.

Penny said her parents bought their current 60 square meter place three years ago with a down payment of 100,000 yuan, but she didn't know the final closing price.

“It’s a bit small, but I can’t complain. And I just don’t feel right asking the total price of the place because my parents moved here to be near my university,” she said.

She also said her parents decided on the spot because it was right next to one of Shenzhen’s most popular shopping districts – the Huaqiangbei (English translation: “Strong China”) electronics mega-complex offering every gadget known to mankind. 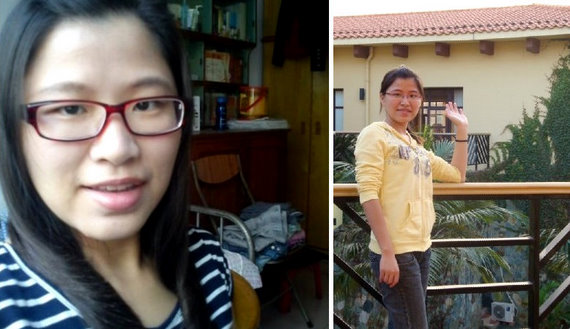 “Transportation is so convenient here but things are a bit expensive, including this house.

"But since my new job is right around the corner, I might be staying for a while longer,” she said with a grin, adding that her parents haven’t given her any eviction papers yet. 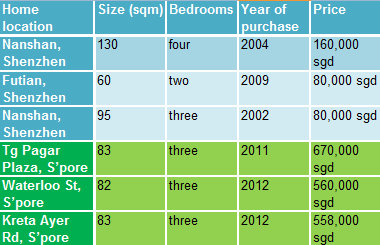 The top three residential units in the table above belong to the three Shenzheners featured in this article while the bottom three represent a sampling of comparable homes in downtown Singapore.  Data: hdb.gov.sg

She also said her parents were likely killing two birds with one stone buy landing a house so close to their only daughter’s university and likely place of employ.

“I am sure that when I get settled in a new place, my parents will look to flip this place when the rents go up.

"But as things stand now, new and used home prices are still too high for my parents or myself to look to buy a second place. We’ll be keeping our eyes open.

“When we do buy a new place, we can always rent this one out, as rising home prices usually drag rents up with them.”

Futian District is decidedly newer and more sparkling than neighboring district Luohu and comparable to Nanshan, being dominated by the city’s financial hub, a series of wide perpendicular streets and most of the metropolis’ luxury five-star hotels. 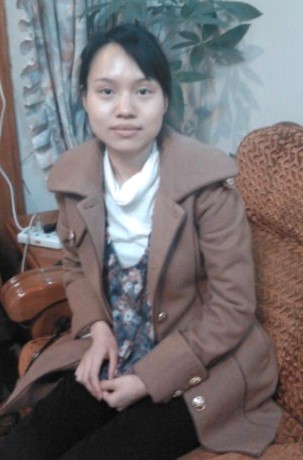 Another young Shenzhener saving money on rent is Connie Liu – no relation to the above-mentioned Liu sisters.

She says her parents picked up their current place in outlying Nanshan District 10 years ago for 400,000 yuan.

“I don’t think it can be considered expensive. I think it’s about average for this area around that time,” she said.

She added that the 95 square meter home with three bedrooms has been a great place to “grow up” over the past decade.

But that with the falling property prices, she and her parents were never averse to checking the local ads to see if bargains could be had.

“If I went down that path, I would probably live in the new place.

"That is until I either got tired of the walls or saw a great money-making opportunity in renting it out, in whole or in part.”

SINGAPORE'S CAR COSTS Driving You Crazy? See How Shenzhen FaresCounting the costs of living in SHENZHEN

We have 512 guests and no members online