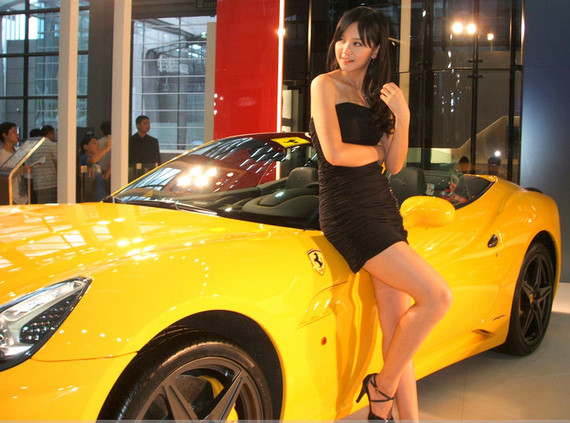 Italian luxury-car maker Ferrari sold nearly 300 cars in China in 2010, a 50% increase over 2009 sales, and its best results since entering the world's largest auto market six years ago.
Photo. Liu Tian, a Shenzhener and Buick owner

But how do things compare to the on-the-street situation in one of China’s most important cities – Shenzhen?

The city, where I reside, is witnessing a rapid growth in motorists, which is contributing to making China the world's biggest auto market -- overtaking the US in 2008.

Between 2002 and 2007, the country's domestic auto market raced ahead by an average 21%, or one million units, year-on-year, according to official figures, making stats and opinions hard to nail down at times. 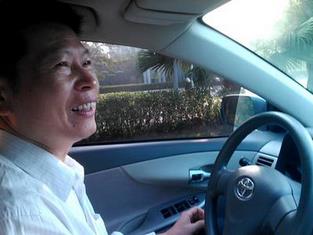 Mr. Huang, civil servant, bought his 1.8L Toyota new in 2007 for 200,000 yuan: "I didn't feel pressure to buy smaller as there were no government regulations. Besides, I work for the government." Pros: mileage; Cons: drab; Next car: Land Rover ("I hope") 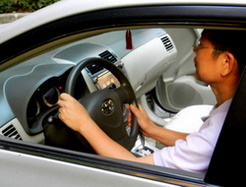 Mr. Wang, university professor, bought his 2.4L Toyota new in 1998 for 250,000 yuan. "There was no pressure back then to buy compacts, so I based my purchasing decison purely on price." Pros: Good family car, pretty affordable spare parts. Cons: noisy car, brakes iffy. Next car: Toyota Crown Photos: Andrew Vanburen


First of all, it is appropriate to say at this point that there is a substantial and growing (I hope) group of urbanites out there who simply have no interest in owning a car, and I count myself among them.

Parking places in Shenzhen – China’s most densely populated city – are jealously guarded commodities, and when found usually involve a long hike to your ultimate destination. 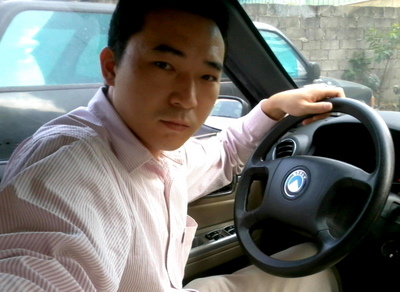 Auto insurance rates in China are revving up much faster than inflation, with market consultancy Tower Watson saying the sector is such a massive business in China that premiums for car owners makes up around 70% of total premium revenue for the entire insurance sector in the country.

Rates have as much to do with the value of the car as with the age, experience and safety record of the driver.

And with growth prospects remaining promising due to surging car sales and the recent introduction of compulsory auto liability coverage, auto premium revenue is expected to continue racing ahead.

Finally, there is the age-old adage that time is money.

I don’t know about you but sitting behind a wheel in thick traffic is just about the least productive (and boring) activity known to mankind. One can’t read, sleep or even drink coffee in peace (for fear of lap spills). 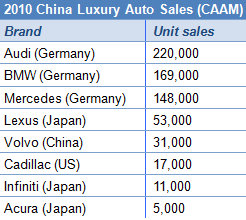 So the obvious alternative is public transportation, which allows a leisurely snooze on a bus or subway (provided you find a seat and have anti-pickpocket measures in place).

New York City Mayor Michael Bloomberg famously and faithfully rides the subway to City Hall each day. If it’s good enough for the billionaire mayor, why not for us?

Shanghai and Beijing own the fourth and fifth busiest subway systems in the world, with two billion and 1.8 billion annual passenger rides, respectively.

Hong Kong and Guangzhou round out the global top ten, and Singapore is at No.15 with 744 million passenger rides per year.

So what does the fact that Shenzhen doesn’t make the top 30 say about the city’s subway system? And its auto market?

It says a great deal, in fact, namely that its seven-year old system with seven lines, 137 stations and 178 km of track is a great way to get to work without feeling like a sardine.

Okay, if you don't mind leaving a bigger carbon footprint as a legacy... also bear in mind that China is not your grandfather’s PRC these days.

The country, while still sporting some of the most polluted urban air quality levels the world over, is aggressively expanding its wind farms, solar panels, hydroelectric facilities – and green transportation.

This means that if you want to pay more for a luxury vehicle with a more powerful, thirsty engine – you will also be paying the piper, i.e. the government, in the form of higher taxes.

Back in 2008, China began taxing cars based on their engine sizes, levying a prohibitive 40% sales tax on those with engines over 4.1 liters, a drastic doubling of the previous rate.

Finally, to reward those willing to putter along with engines smaller than one liter, the tax fell to just 1% from the previous 3% level.

A China auto sector study by Mercer last year revealed that foreign makes, due to their stronger brand awareness and quality image, enjoy a head start in the race to get buyers behind their wheels, despite blatant government support for domestic brands (including prohibitive taxes on foreign-made vehicles and 25% tariffs on imported auto parts). 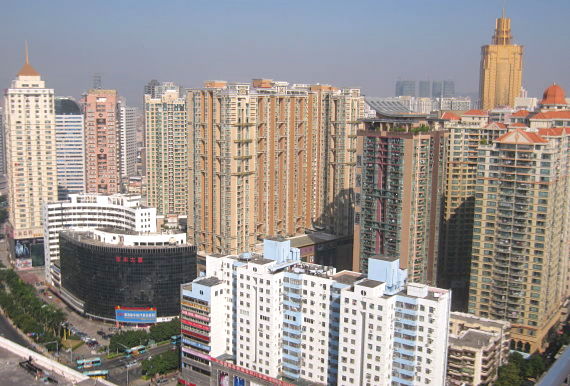 Gridlock: Shenzhen is China's third most populous city and also the most crowded (above), yet its subway system doesn't even make the global top 30 in terms of passenger trips. This means many nouveau riche Shenzheners are taking to the roads in private vehicles, helping contribute to a logistics nightmare.  Photo: Andrew Vanburen

More intriguing was the finding that brand awareness and brand loyalty are still at unnaturally low levels: only 25% of Chinese motorists opt for the same brand when buying second cars, compared to nearly 80% in North America and Europe.

This certainly has something to do with the fact that the US has just three domestic brands (up from two after Germany recently re-sold Chrysler back), whereas China’s domestic auto enterprises number over 6,000!

AltAssets added that brand loyalty in China for budget cars is even more scant, with just 7% of low-priced vehicle owners saying they planned to purchase the same brand again down the road.

Mercer also said that the prototypical Chinese customer for automobiles is a first-time buyer -- a finding which is certainly less true in relatively affluent Shenzhen – and the car is usually the largest investment ever made.

Safety, reliability, and low maintenance costs are the top demands of today’s Chinese car buyers and are much more important than list prices or rebates.

The Mercer study also reveals that Chinese buyers are willing to skip so-called “starter models” and aim directly at the mainstream bracket, with 29% maintaining that they want to buy a premium model in the future and 55% tending toward the mainstream category, which will therefore become the number-one growth segment in the Chinese automotive market.

Among all makes, BYD, Geely, Chery and Great Wall are four of the top pure domestic producers in China (with no JV affiliations) whereas VW, GM, Hyundai and Toyota typically win top market share honors among foreign brands. 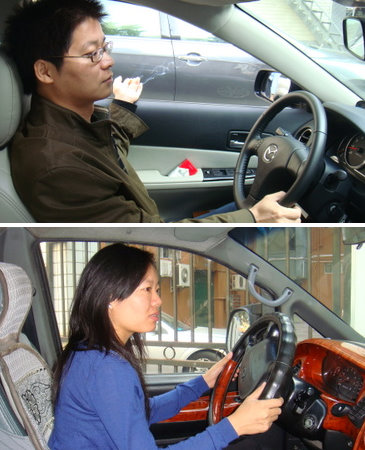 Of the dozen or so motorists I interviewed, only one purchased a second-hand vehicle, with most respondents saying they saw their cars as their home-on-the-road, and sometimes a place to rest.

"If possible, I will buy a new home when I can afford one, and that goes for this car too.

"I don't like to buy used cars, or beds. It's comforting to know I am the first to use them," said Ms. Liu, owner of a small Buick.

Talking to various car owners, I was struck by the range of prices they paid for their new vehicles, and all said that sticker prices were not so "sticky," with all interviewees bargaining down considerable from the asking price -- not exactly a rarity in China.

The same is true for used vehicle negotiations in Shenzhen, and here is a random online sampling of second-hand cars currently up for sale in the city:

* I'm selling my Toyota Previa that I bought in 2010. It has leather seats, rear parking sensors, a rear parking tv, and lots of great options. It is white and has online 6,500km, should you be interested in seeing the car before handling, contact me. (360,000 hkd) 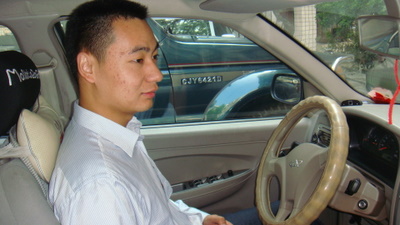 Lack of brand loyalty, a willingness to shift styles and models with reckless abandon, yet a consistent trend to emphasize reliability and safety above all else was clearly evident in the sentiments of Mr. Huang, a career civil servant with the municipal tax bureau.

"I bought (my 2007 Toyota sedan) because alot of my colleagues had. I didn't feel pressured to buy a smaller car as the purchase came before the new government regulations. Besides, I work for the government. As for my next car, I am thinking, and hoping, for a Land Rover."

Counting the costs of living in SHENZHEN

BYD pulling out of auto biz? Buffett may too

We have 862 guests and one member online