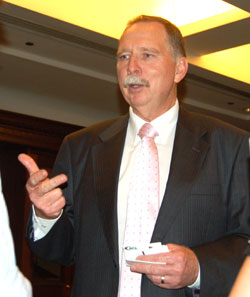 AusGroup shares closed up 0.5 cent to 39 cents today after the Group announced that its subsidiary, AGC Industries Pty Ltd, had won a A$12-million contract – just weeks after being awarded a A$50 million contract.

AusGroup is a leading Australian based fabrication, construction and integrated services company.

It has been selected by Chevron Australia Pty Ltd to fabricate and supply the adjustable pipe support structures for the Gorgon Upstream Project, one of the world’s largest natural gas projects and the largest single resource natural gas project in Australia’s history.

The project award is the second of its kind recently awarded by Chevron to AGC for local fabrication to the Gorgon Project. AGC will utilise its fabrication facilities in Kwinana, south of Perth with completion due in 2012.

“This latest contract award continues to underline the excellent relationship we have built with Chevron, while demonstrating our ability to deliver fabrication projects using local resources.”

In May, AusGroup won a A$50 million contract for work to be carried out over 18 months commencing in the second half of 2011. The scope of work covers receiving material, fabrication, storage, coating and testing of 8,200 pipe spools of various diameters, weighing approximately 7,500 tonnes. 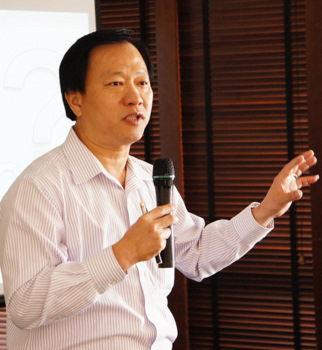 SERIAL SYSTEM, whose shares have proven to be resilient at the 15-cent level in the market downturn of the last three months, has made its second attempt to list its shares as Taiwan Depository Receipts (TDRs).

On Tuesday, June 28, the electronic component distributor on the main board of Singapore Stock Exchange announced that it had submitted application to Taiwan Stock Exchange on June 28th.

Serial System Ltd is a leading semiconductors/components distributor of active and passive components for original manufacturers and sub-contractors in various industries in the Asia Pacific region.

The Group has one of the largest Asia presences and ranks as a market leader in the Greater China region and South Korea.

It said it intended to utilize the cash raised from the TDRs to fund its expansion plans and strengthen its capital structure. With its TDR listing in Taiwan, Serial System will not only have an alternative fund raising source for its future expansion and working capital needs but also increase its recognition with the Taiwan capital markets.

Last November, Serial System had received notice from the Taiwan Stock Exchange that the Company’s application for aTDR Issue was not approved. The Company, in consultation with Fubon Securities Co., Ltd, has since worked to make a re-submission to the TSE.

Even as it sought to re-submit the application, it had been busy hammering out deals:

a. Acquisition of Intraco Technology in May 2011: This will add more product lines (AMD, International Rectifier, Sharp etc.) and ranges. Intraco’s customers and hospitality solution business has potential which Serial is looking to complement with its new media and advertising business (see video below).

With Serial’s strengths (distribution network, logistics and inventory management, strong customer base), Intraco’s businesses have a higher chance of turning around.

b   New distributorship signed:  Serial’s Hong Kong subsidiary for Greater China and Taiwan has clinched a distributorship from Fingerprint Cards AB in June 2011.This demonstrates Serial’s increasing strong brand name in the market.

c. JEL Corp acquisition: Making progress. Serial is confident there are value and synergy to be realized in acquiring this cash-strapped company.

d. Acquisition of Contract Sterilization Services: Completed in March 2011, the deal will give Serial a platform to expand into the lucrative high margin medical device industry.

We have 1281 guests and no members online