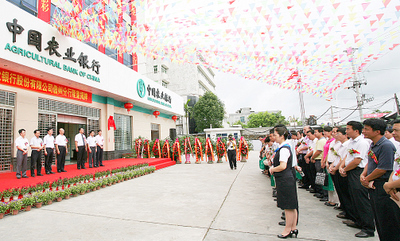 CHINA’S BENCHMARK Shanghai Composite, which tracks both A and B shares, lost 1.4% yesterday to close at 2,656.35 ahead of key financial data.

Although Confucius was born in China, markets are open on Friday -- the day the sage’s birthday is sometimes recognized and the same day trade data is released and one day prior to CPI numbers due out Saturday.

Ten seasoned market watchers provide guidance in the PRC media on where stocks are headed.

They offered their near-term forecasts on a day when steelmakers dragged the market lower on a flurry of profit taking in the recently red hot sector.

Shareholders across the board are also skittish on expectations that the August CPI figures due out Saturday could be the highest year-to-date jump which might lead to follow-up Central Bank reaction, and banking and real estate shares behaved accordingly yesterday.

Today's trade figures are also likely to show China returning in earnest to its old growth patterns of export-led expansion.

And with upcoming mid-term elections and a grim employment scenario in its largest single country market, Chinese exporters are likely to face significantly stronger resistance from the US going forward.

Most analysts cited in the PRC press yesterday expect today's trading to keep the benchmark Shanghai Composite Index between 2,650 and 2,750 as investors await more cues from the trade and inflation figures.

Although Wednesday failed to hold at 2,700 points, the continued strength of individual counters – especially mid-caps – gave cause for cheer and exemplified a possible growing immunity from recent volatility on Wall Street. The current market level is undoubtedly on a solid foundation.

Agricultural Bank of China, the largest IPO in history, is still alive and kicking and is outperforming recent expectations. This is what I think of the current market: I said at the end of July that the second half A-share recovery had only a month of gas left in the tank. However, I have since been proven wrong as things have held relatively steady in September so far. This is in no small part due to ABC’s relatively successful greenshoe option and continued strong interest from institutional investors. Therefore, I will not be surprised if the effects of ABC’s listing continue to work overtime on contributing to a sustained rally, with at least three months of upside pull from the aftereffects.

Smaller boards and mid-caps should be given a wide berth for now as downside risks are not insignificant at this point by any means. So when things perk up on the macroeconomic or policy fronts, these counters will react soonest and most drastically. The trick is reading the market before official pronouncements are made. Any indication that downside risk is evaporating is the perfect time to jump in on mid-cap and small board bandwagon. Watch closely.

Things have been rather steady recently with no big swings. SME board stocks have the most potential for the next upward surge. However, I expect things to be dead quiet tomorrow on the pending economic and trade news.

Blue chips have been somewhat flat recently but mid-caps, especially small board and ChiNext-listed A shares have been the tail of the fish keeping the overall Index swimming along. But as soon as the Shanghai Composite shows a breakout session, this will likely mean that mid-caps have run their course for now.

Despite recent declines in banking and developer shares, the Shanghai Composite Index has been relatively stable with daily rising counters usually outnumbering decliners. This suggests we are in a “stable to strong” overall market trend with only relatively weak daily trading turnover to give bourse watchers pause. First-time or relatively new retail investors are holding current positions or staying away in droves looking for more visibility. Therefore, any significant encouraging news will act as positive reinforcement and daily turnover will likely spike significantly with pent-up anticipation. 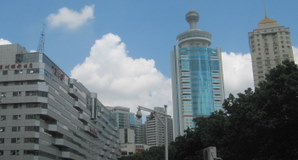 Short-term movement in either direction will be constrained, but two positive phenomena have emerged. The Index should stay in the neighborhood of 2,680 to 2,700 points in coming sessions. This suggests that the risk level is quite moderate at present. Therefore, without long-term visibility, individual performers should be the current investment strategy rather than sector, policy or theme plays.

Individual stocks and not sector plays are the best way forward at this point.

Keep an eye out for hotspots, as we should be entering a gradual upward crawl overall. Identifying who is leading the crawl early on is critical.

Daily trading turnover has been relatively modest. Keep an eye on morning and afternoon trading volume differentials as that is the best way to get an early bead on counters targeted by profit takers. Tomorrow will be a good day for such observations because trading should be light prior to the economic data coming out, and heavily-traded stocks will stand out clearly.

We have 759 guests and no members online