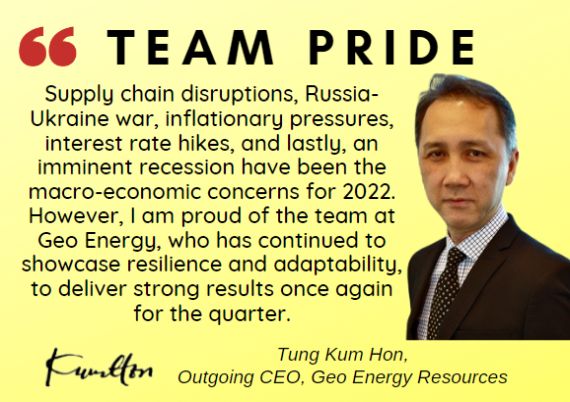 • Favourable supply-demand dynamics: Coal demand was high in 3Q2022 due to the larger than expected coal consumption amidst an extreme summer season. Coal restocking with winter looming has continued the demand pressure.

In addition, surging gas prices resulting from the Russia-Ukraine war has led to high European demand for seaborne thermal coal. The high natural gas prices are expected to sustain until 2025.

Geo Energy said it expects to produce and sell 11 million tonnes of coal for 2022, about 1 million short of the government-approved production target.

Meanwhile, coal exports from key markets Australia and US were below expectations due to weather-related disruptions and rising logistics pressures respectively. 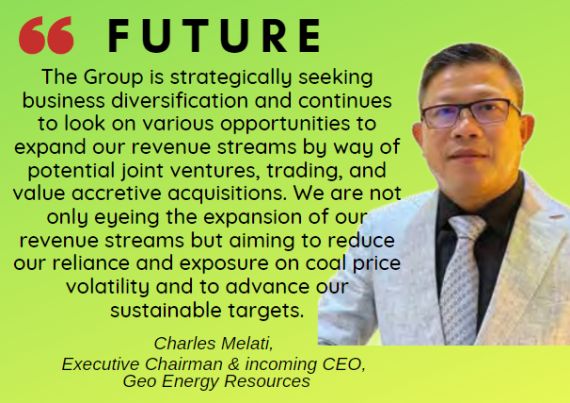 • Positive impact from rising interest rates: Higher interest rates increases borrowing costs for many leveraged companies, and raises refinancing pressures on them, even more so for companies with debt subject to ESG targets linked to green energy transition.

But Geo Energy is relatively debt-free, has high liquidity and cash reserves. As a result, the Group has benefitted from higher interest rates.

Furthermore, the strengthening of USD against the IDR by 3%, has lowered the Group’s production costs as about 60% is denominated in IDR.

We have 1577 guests and no members online