YANGZIJIANG SHIPBUILDING: To capitalise on higher demand for LNG tankers

Yangzijiang Shipbuilding (Holdings) (YZJSGD SP)
After The Containership Boom, LNG Carriers May Be The New Hope 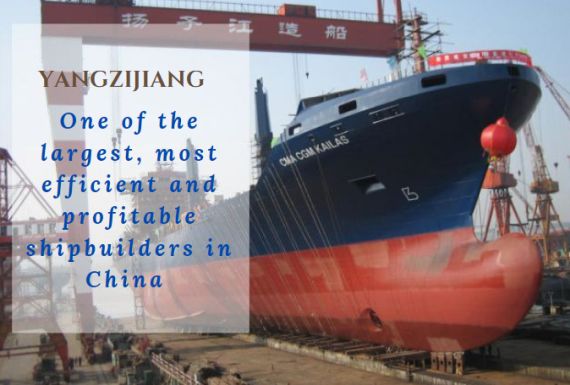 WHAT’S NEW
• LNG carriers – The new hope. In early-Sep 22, Yangzijiang Shipbuilding (YZJ) announced that it had obtained a licence from Gaztransport & Technigaz (GTT) for the construction of vessels using GTT’s Mark III membrane technologies. The technology involves cargo or fuel containment and insulation and, being widely used in the LNG shipping industry, will now enable YZJ to compete in the international market to construct LNG vessels.

• New order outlook. As at 1H22, YZJ’s orderbook totaled US$8.13b with deliveries stretching into 2025, with ytd order wins of US$1.1b. Importantly, YZJ disclosed that it still has slots for large-vessel deliveries in 2024 and thus expects to capitalise on this.

As shown in the chart above, YZJ has >US$2.4b worth of orders that it has yet to announce, on top of which Celsius Tankers could place an order for >10 newbuild LNG carriers.

• Background of Celsius Tankers. The company currently owns four LNG carriers with another nine being built at Samsung Heavy Industries’ yard with delivery between 2023-25, thus bringing its fleet to 13 vessels.

In Oct 21, the company had disclosed a 2025 target of 20 LNG vessels; however this appears to have been revised upwards as the global LNG trade has increased materially due to higher demand for LNG as a result of the Russian invasion of Ukraine.

STOCK IMPACT
• Would LNG carriers be a profitable segment for YZJ? Given that YZJ is a relatively new entrant in the LNG carrier market, it will likely need to sacrifice some gross margin in order to secure orders from LNG shipowners, in our view. We note that on 25 Sep 22, China Merchants ordered two 175,000cbm LNG carriers from its sister company Dalian Shipbuilding Industry Co. with an option for another four.

Notably, the price of US$200m per vessel is lower than that seen at Korean yards and thus YZJ will likely need to follow suit. Given the licence from GTT, coupled with its known shipbuilding prowess, there should be minimal execution issues from YZJ – however gross shipbuilding margins could see minor downside risk in the near to medium term.

• Resurgent LNG orders, partially due to the conflict in Ukraine. As at end-1H22, orders for large LNG carriers (>140,000m3) were the highest in 22 years according to Clarksons. Currently, the global orderbook – filled largely by Korean shipyards – stands at 255 gas carriers with 100 of those vessels having been ordered in 2022 vs 86 orders in all of 2021.

With 77 vessels expected to be delivered 2024 and a further 71 in 2025, this would substantially surpass the prior annual delivery record of 59 orders seen in 2021. In our view, a significant number of these vessels were ordered on the back of heightened sovereign risk in Russia, and thus higher risk of gas-supply disruption, due to its invasion of Ukraine.

A substantial amount of LNG contract volumes have been signed in 2022 (see chart on RHS) and with the bulk of these starting up in 2026, the LNG vessels will need to be ordered in the next 12+ months in our view.

While the company’s capex in 2022 may increase slightly given its Rmb6m investment in the Jianying LNG terminal, management has stated that it will also look to return cash to its shareholders. However, this return of cash to shareholders may take the form of either a share buyback or a higher dividend payout ratio for its full year dividend.

We have 816 guests and 6 members online