Upbeat overall, the video, among other things, highlights that management owns a very large chunk of the stock.

Taking from Nordic's 1H2022 presentation deck, it shows a slide of senior management's increased holdings since the company's IPO in 2010: 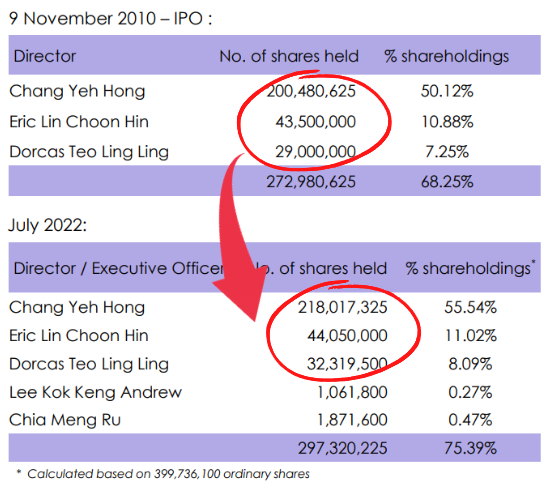 There's more to it.

We note there are additional insider stakes:

The purchases were made end-August, which was nearly 2 weeks after the stock had gone ex-dividend (1H2022 dividend: 1.162 cents/share). 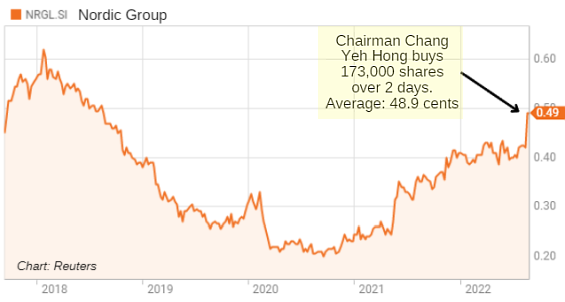 2. Aside from the above-named key figures of Nordic, there is a brother of Mr Chang who joined Nordic in Dec 2021 at which point he already owned 3,099,300 shares of Nordic. 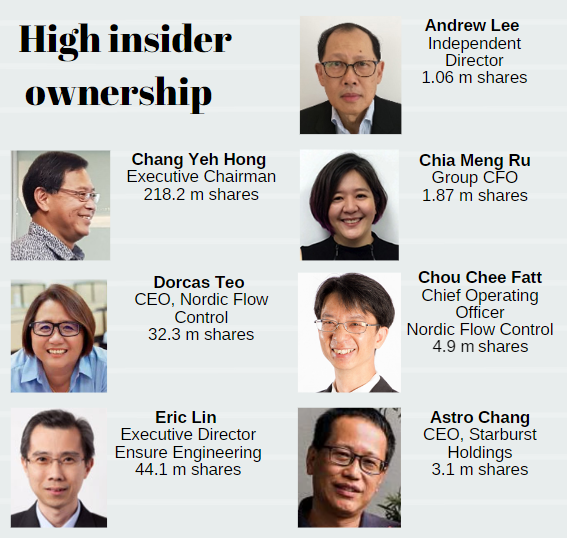 3. Further reflecting the collective big holding of insiders, the FY2021 annual report of Nordic has CHOU CHEE FATT as its No. 6 top shareholder with 4,877,000 shares.

He is chief operating officer of Nordic Flow Control, a subsidiary, and a key executive even before the company's IPO 12 years ago when he held 5,800,000 shares.

For more on the business, see our recent story: NORDIC GROUP: 5 points about its 1H2022, on track for record year

We have 1204 guests and no members online