AEM: To benefit if Intel offers foundry services to Nvidia 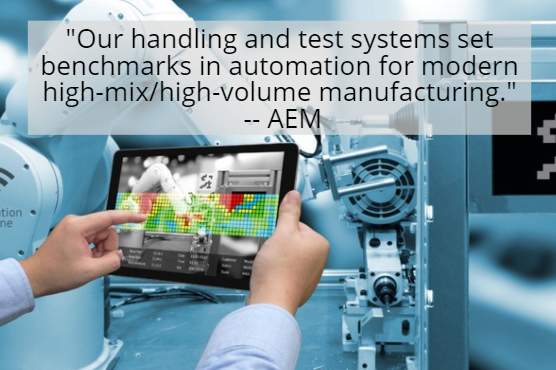 Nvidia may consider using Intel Foundry ServicesIn a question and answer session with the press on 24 March 2022, Tom’s Hardware (www.tomshardware.com) reported that Nvidia CEO Mr. Jensen Huang confirmed that his company is considering using Intel's foundry services to possibly make some of its chips.

As part of its diversification strategy, Mr. Huang noted that using Intel as a foundry partner is not inconceivable. However, Mr. Huang also noted that operating foundry services required an ability to keep pace with customers’ evolving changes.

Nvidia highlighted that its Grace CPU Superchip will run all of NVIDIA’s computing software stacks and can be configured into servers as standalone CPU-only systems or as GPU-accelerated servers with one, two, four or eight Hopper-based GPUs (another Nvidia product), allowing customers to optimise performance for their specific workloads while maintaining a single software stack.

In its press release, Nvidia highlighted that it expects these products to ship in the first half of 2023.
Potential long-term impact on AEMIf Intel offers the complete solution to Nvidia (chip manufacturing including test and assembly), this should be a positive for the demand for Test Handlers (from AEM) required for testing purposes.

In terms of the competitive risk, Intel will face stiffer competition for its data centre products as customers will have another possible supplier to choose from.

We have 571 guests and no members online