Iron ore prices cool a bit. Where to from here? 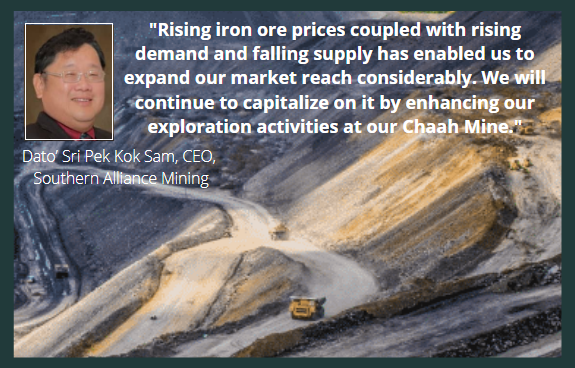 Too hot to handle

Potential regulations on the way. On Sunday, key Chinese government agencies (the NDRC, the Industry Ministry, the State-owned Assets Regulator, the State Administration of Market Regulation, and the China Securities Regulatory Commission) held talks with major domestic commodity companies and urged them not to drive up prices.

The authorities not only paid attention to the overheated commodities rally, but also realised that the movement behind the rapid rise in prices was driven by speculation. With potential regulations to be launched, the iron ore market is expected to cool down temporarily. 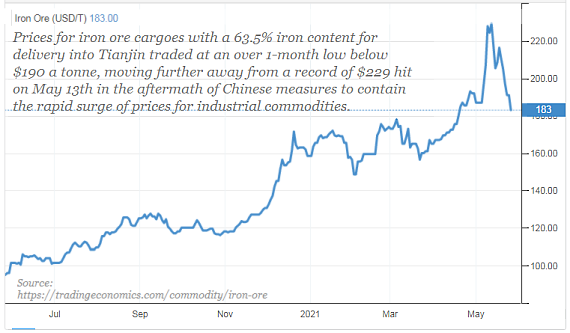 However, has the market peaked? Probably not. As we mentioned in our previous write-up, credit conditions and supply-demand dynamics are the major factors driving the bull market. The current credit cycle peaked in October 2020, but we believe inventory build-up is only halfway to the peak as historical track record shows an inverse correlation between the two cycles: credit cycle’s peak is inventory build-up cycle’s bottom, and vice versa.

China’s iron ore import displays a strong seasonality. Generally, there are three to four high seasons of import, and each period is between three to four months. The last surge in import was in March, hence, we believe the next buying spree will be due in June or July. Moreover, we think the current inventory level is still healthy compared to historical levels. With a consistent increase in consumption of iron ore driven by economic recovery, inventory levels are likely to gradually decline until iron ore price edges down to a reasonable level.

From a technical perspective, iron ore price has pulled back to the level at the end of April, wiping out the month-to-date gains. In addition, the current price sits at a Fibonacci support level (61.8%). We believe iron ore will stabilize at the current level provided no aggressive cooling measures are announced by the Chinese government.

We have 698 guests and no members online