SUNPOWER GROUP: 2021 To Be Year Of Transformation

WHAT’S NEW
• Awaiting approval for M&S disposal. Sunpower Group (Sunpower) will be holding a special general meeting on 16 Apr 21, to seek shareholders’ approval for the proposed disposal of the manufacturing and services (M&S) business.

The manufacturing-based business will be sold to a special purpose vehicle owned by a consortium of China funds (64%), the group’s two largest shareholders, Guo Hong Xin and Ma Ming, and certain employees of the M&S segment (36%).

• Attractive deal price raises probability of sale. The sale price for the M&S business of Rmb2.29b translates to 9.5x 2020 PE and a 27% premium over two independent valuers.

Furthermore, net proceeds per share of approximately S$0.3617 translate to 42% of Sunpower’s current market cap, to be unlocked in cash.

Overall, we deem the deal as attractive, at a valuation more than twice the 5-7x typically ascribed by the street.

• Transformation towards highly scalable GI business. After the disposal of the M&S business, management will switch its focus towards the remaining green investment (GI) business. 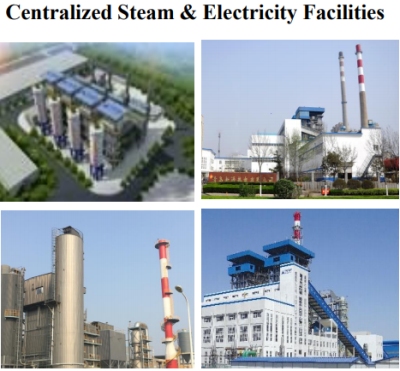 This provides relatively superior revenue visibility and certainty over the M&S segment, which is an inherently cyclical, orderbook driven business that requires high working capital.

Management sees many business opportunities in the anti-smog sector in China, due to regulatory mandated closure of highemission polluting boilers and the structural shift to low emission centralised steam and electricity facilities.

STOCK IMPACT
• Share price to be supported by special distribution. Subject to shareholders’ approval at the special general meeting, Sunpower will pay out a special distribution amounting to Rmb1.34b (approximately S$0.2398/share), split into two tranches from the net sale proceeds of Rmb2.02b.

After this, the remaining amount constituting Rmb681m will be used as capital for undertaking existing GI projects and general working capital (27%), as well as to repay payables due from the GI business to the M&S business (6%).

• Sunpower to become a fast-growing power-producer. Sunpower has nine plants in operation and two under construction.

With four of the plants acquired through M&A (almost half of its existing portfolio), acquisition opportunities have been abundant and the proposed M&S disposal would put the group in good position to source for more targets.

We have 775 guests and no members online