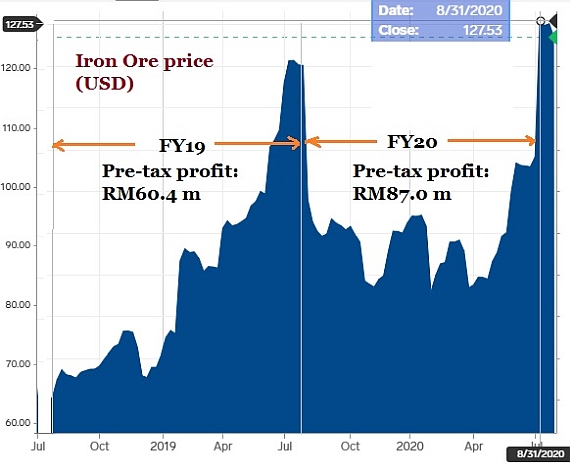 The latter fetches higher prices because it does not need to go through processing to become iron ore concentrate.

Crushed iron ore which has low impurities is used as coating for sub-sea pipes. 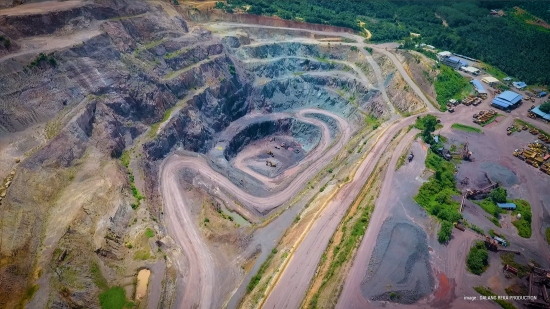 Open pit at Chaah Mine in Johor operated by Southern Alliance Mining since 2008. Photo: Company

(The long explanation in SAM's financial statement: The tax credit in FY19 was in recognition of deferred tax asset of RM27.9 million arising from unutilised tax losses the financial years before. The income tax expense for FY20 comprised current year tax expense of RM0.4 million and the utilisation of prior year tax losses recognised as deferred tax asset of approximately RM24.5 million.)

We asked: What will the FY21 tax recognition be? CFO Lim replied:

Let's return to the iron ore market and here's SAM's commentary on the outlook:

SAM proposed a final dividend of 0.6 Singapore cents per share, representing a 14.7% pay-out of its profit, which is higher than the 10% that it guided in its IPO prospectus.

We have 1080 guests and one member online