In line with the higher revenue, gross profit for the Property Development segment was 268% higher at S$75.2 million.

But there was an 8 percentage point decline in gross profit margin to 19% due to lower margins from The Hensley and West End Glebe.

Reason:  Higher contribution from the Property Development segment, which recorded a lower profit margin in FY2019. 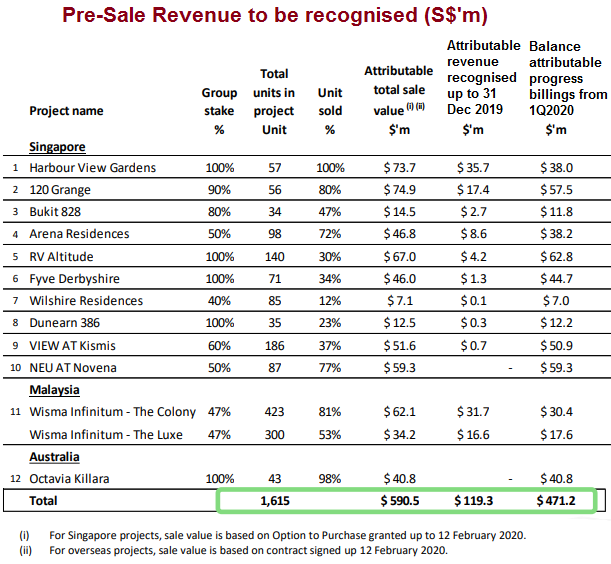 Details of the FY19 results can be found in the PowerPoint presentation here.