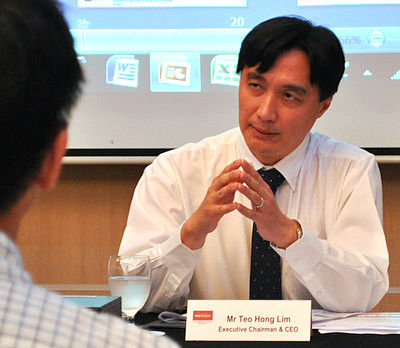 Executive chairman Teo Hong Lim.
NextInsight file photo.Executive chairman Teo Hong Lim said, “Our strategy to diversify our revenue streams across geographical markets and asset classes has started to deliver positive results. We have commenced revenue recognition for our development in Sydney, The Hensley, which has contributed significantly to our revenue in 1H2019."

With property development projects spanning Singapore, Malaysia and Australia, Roxy-Pacific has $620.6 million in pre-sale revenue that has yet to be recognised.

In Singapore, it launched five developments this year. In July, it launched Dunearn 386 followed by View at Kismis, both located in the prime district of Bukit Timah.

NEU AT NOVENA is scheduled as the next launch. 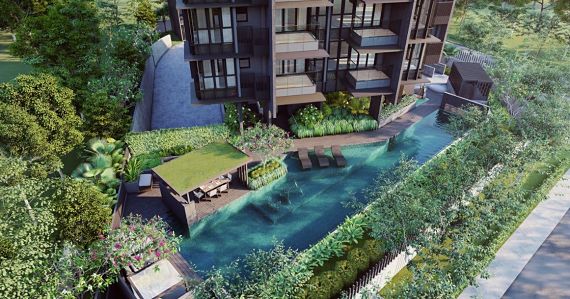 87 residential units will be available at Neu at Novena: Artist's impression

The Group’s officially opened its upscale resort in Maldives, Noku Maldives, in August 2018, and the Group’s second resort asset in Thailand, Noku Phuket, is targeted to be operational in 2021.

The Group’s flagship is Grand Mercure Singapore Roxy hotel. Notably its net book value is S$55 million but its valuation (at end-2018) was $525.6 million.

This is the most significant factor why Roxy-Pacific's NAV is 37.83 cents per share while its Adjusted NAV, 75.24 cents.

The Board has declared an interim cash dividend of 0.195 Singapore cent per share (unchanged from 1H2018), representing a dividend payout ratio of 27%.

We have 456 guests and no members online