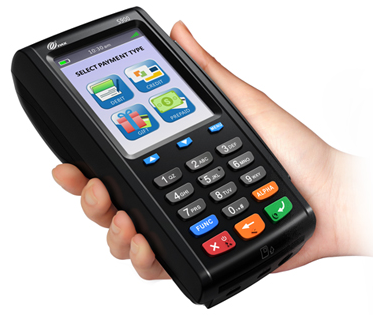 PAX Global (HKEX: 327) has been riding on the war on cash and it trades at unbelievably cheap valuation.

PAX makes point-of-sales (POS) terminals and sells them to merchant acquirers all over the world.

All the known listed customers of PAX trades at mid double-digit price-earning-ratios, but PAX trades at a mere 7.5 PER at a share price of HKD4.0.


When balance sheet strength is taken into account, the difference in valuation is even more extreme with PAX’ EV/EBIT at just 2.6.  This is due to PAX’s cash hoard making up 58% of its market capitalization, or HKD2.5b.

It is inexplicable that the market is highly optimistic on the prospects of PAX’ customers, and yet this optimism does not extend to the enabler of their businesses.

The 2 largest POS players in the world are Ingenico and Verifone.  Verifone was bought out by private equity group Francisco Partners in 2018 for US$3.4b, and Ingenico is about to be acquired by Worldline for US$8.6b.

While the revenues of Ingenico and Verifone are 6x and 3x that of PAX, respectively, PAX trades at only a fraction of their acquisition prices at an enterprise value (EV) of US$238m.

In other words, Ingenico and Verifone are valued at 36x and 14x more expensive than PAX.

The discrepancy in valuation is mind boggling.  It is not as if PAX is not doing well.

While it is true that margins have contracted due to stiffer competition from other POS as well as new fintech players, PAX has compensated by winning greater market shares in Latin America, especially in Brazil, and Asia Pacific.

In fact, PAX saw strong growth from 2017 up to 1H19, and has issued recently a positive profit alert that the profit for 2019 will see a growth of at least 20%. 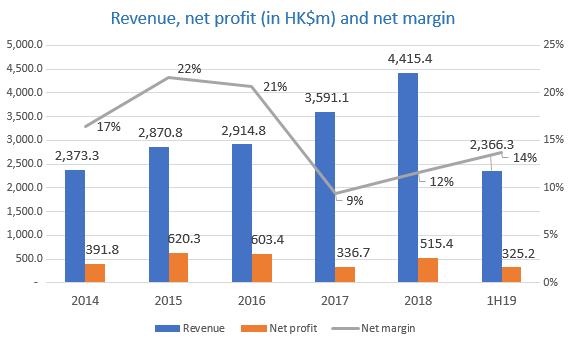 While the need for POS terminals may diminish as a result, no physical store can reasonably function without a POS terminal.

Firstly, terminals are needed to process physical Visa or Mastercard payments, which are the 2 most popular credit card payments in the world.

Secondly, POS terminals are needed to issue physical paper receipts that serves as proof of purchase.

To PAX’s credit, they have strived to offer an omni channel payment solution catering to all types of payments including e-wallets like Alipay and WeChat Pay.

This is done via their proprietary app store called PAXPAY where new functionality can be introduced to their Android-based terminals.

Despite sitting on a large cash hoard, PAX is not particularly generous with dividends.

However, company has started share buybacks recently and from 7/1/20 to 10/2/20, PAX bought back 9.6m shares, which cost about HKD36.5m assuming average purchase price of HKD3.8.


Other pertinent financial metrics are:

PAX announced in December 2019 their intention to enter the Australian market.  It is the author’s opinion that it is an astute move because Australia has a large Chinese diaspora community and it receives many Chinese tourists.

This community is underserved in a payment regime dominated by Visa and Mastercard because their payment methods of choice are typically UnionPay, Alipay or WeChat Pay.

We have 1044 guests and no members online