• 1HFY20 share of results for associates and JVs was a S$12.3m gain (vs S$3.9m loss same period last year), mainly attributable to an associate in the UK.

Finance costs crept up (+14% yoy), primarily due to the increase in borrowings to finance the group’s development and investment projects and advances to JVs, partially offset by the absence of interest cost incurred on the bank borrowings for an investment property deconsolidated in 4QFY19. We expect better recognition in 2HFY20. 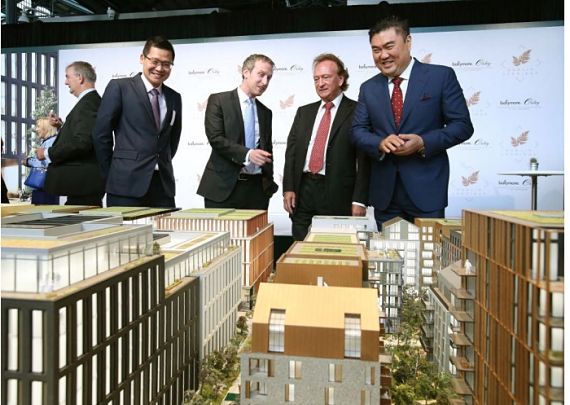 Four of the projects (incl. The Verandah Residences, Sixteen35 Residences, Sea Pavilion Residences and The Addition) are almost completely sold.

We believe that management’s sales guidance is quite achievable (given their pace of selling at 2.5% p.m of their inventory on average, in 2019).

• First-mover advantage, amid a challenged Singapore residential outlook. Management noted that the Singapore market may be weighed down by oncoming supply and build-up of unsold inventory.

The impact from the coronavirus is also unclear, but real estate in countries with good medical facilities may attract buyers seeking to protect the health of themselves (and their families).

Despite the cautiousness, management remains confident that their pricing (in terms of overall quantum/and psf) remains attractive, as compared to later movers in the cycle (ie who have locked in land and material costs higher).

Management believes the later launches (which will be priced higher), will trigger a return of buying interest to their projects (eg Riverfront Residences, and Affinity @ Serangoon).

If not for the adoption of the new accounting standards to expense borrowing costs incurred for development projects (over the period of development to income statement), gearing ratio would be below 1.80x (vs 4QFY19 gearing: 2.06x).

Management also expects the negative global outlook (due to demand shock from novel coronavirus) to put downward pressure on interest rates, and lower the group’s cost of borrowings.

• UK projects update. On UK projects, management noted that the Brexit resolution bodes well for its London projects, such as Deanston Wharf (which is slated to launch within the next 3 years). The heightened confidence in the UK market should spill over to Connolly Station in Ireland, which Oxley was in process of getting planning permission to build a mixed-used development.

• Coronavirus outlook: Hospitality and China portfolio to bear the brunt. Management alluded that sales for its Gaobeidian project has temporarily dampened (Phase1 sales:180/654 units), while its Singapore hotel assets is also bearing the brunt.

The impact on its Singapore development projects is more manageable, as costs have been locked-in. For any slight delays, contractors can still catch-up with the progress at a later stage.

We have 1431 guests and no members online