FOOD EMPIRE: Our visit to Ho Chi Minh City to check out its ops

The troubling question was: How to price it in a highly competitive but massive market where, despite the strong local drinking culture, several regional brands have tried to make inroads and failed?

The team's proposal was for mass-market pricing with a name (Pho is a Vietnamese noodle soup) that Vietnamese could relate to instead of Food Empire's foreign-sounding MacCoffee brand which Vietnamese had not warmed up to in previous products.

Because that pricing meant continued losses for quite a while, Sudeep said no, further bleeding was untenable.

If Cafe Pho was a high-quality product with a good chance of success, it had to be priced at a premium, and it had to contribute profits as soon as possible.

So, Cafe Pho went to market in 2013 priced above rival products, even Nescafe, and it never looked back.

Competitors came out with products at lower prices to stop Cafe Pho's progress but Cafe Pho continued to soar over the years (see chart below).

That was a slice of history that Sudeep shared with Singapore investors and analysts during our trip to Ho Chi Minh City last week. 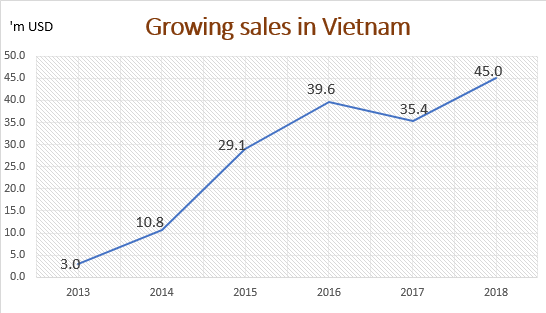 Soaring 15X in 5 years: At US$45 million, Vietnam accounted for 16% of Food Empire's total revenue of US$284.3 million in 2018. Vietnam became Food Empire's second largest market after Russia with Ukraine being No.3.
Data: Food Empire

Food Empire, with a winning product, sought to replicate in Vietnam the distribution model it had built in Russia (then its No.1 market) and Ukraine.

Now, Food Empire sells wholesale to 135 distributors, who act as stockists. Food Empire employs about 540 sales representatives who collect stock from the distributors and deliver directly to over 100,000 retail outlets.

On average, a salesman services 185 outlets.

Visibility to consumers -- this is a key objective of the salesmen who not only take the goods from the distributors to sundry shops and collect cash payments, but also coax shop owners to display prominently Food Empire products using hangers given to them. 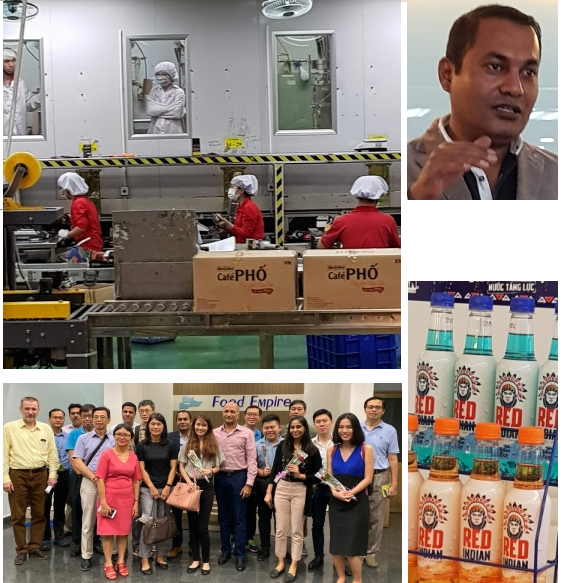 We have 2280 guests and one member online