The group attributed the strong billing intensity to its centres of excellence, which command an expertise and premium in specific specialties.

♦ StarMed on track. According to management, excluding the impact of gestation costs for StarMed, 9MFY19 EBITDA would have increased 9.5% yoy.

This suggests that the operating loss for Starmed to be approximately RM6.6m, on track for an estimated RM9m loss in the beginning year of operations.

Contribution from the centre is still negligible with marketing efforts continuing to kick in from events and advertising. The centre currently has a network of 30 specialists. 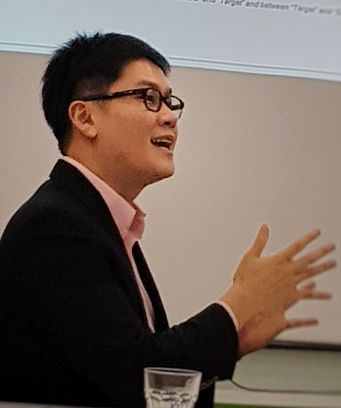 Chin Wei Yao will relinquish the CFO post to assume the role of Chief Investment Officer. NextInsight file photo ♦ Long term plans in place to scale up. The group grew its management team, with a new CFO in place as well as the appointment of a Chief Development Officer.

Plus Medical, its primary care clinic chain, also intends to grow from its current size of 16 outlets to a long term target of 40.

♦ Watching out for competition in Johor. KPJ Bandar Dato Onn Hospital has been open for two months of initial operations, with the hospital approximately 10 minutes away from Regency hospital.

Columbia Asia Southkey Hospital, a secondary care hospital, is expected to open later in the year. HMI intends to use its competitive strength as a centre of excellence with proven specialties to counter competitive effects.

One such effort includes the launch of Tomotherapy services, a type of radiation therapy.

We have 3393 guests and 2 members online