2. Aussie projects: While those costs and expenses hit the income statement earlier than otherwise, the recognition of revenue and profit for an Aussie development project of Roxy-Pacific was deferred even though the TOP was obtained on 20 Dec 2018.

Revenue for The Hensley residential project in Sydney could only be recognised from Jan 2019 when buyers paid up in full.

An estimated revenue of S$55.2 million and profit before tax of S$6.6 million will be recognised in 1Q2019.

3) Strong 2019: The expensed borrowing costs and showflat and sales & marketing expenses may be water under the bridge -- but they obviously will have a positive effect on the current year results.

"We got hit last year but in future, we would benefit from the fact that we have already expensed it off," as Mr Koh said.

An even more impactful contribution this year will be the potential recognition of revenue and profit from three Aussie projects.

For perspective, the potential revenue from the Aussie projects total more than 2X the entire group revenue in FY2018 (see table). 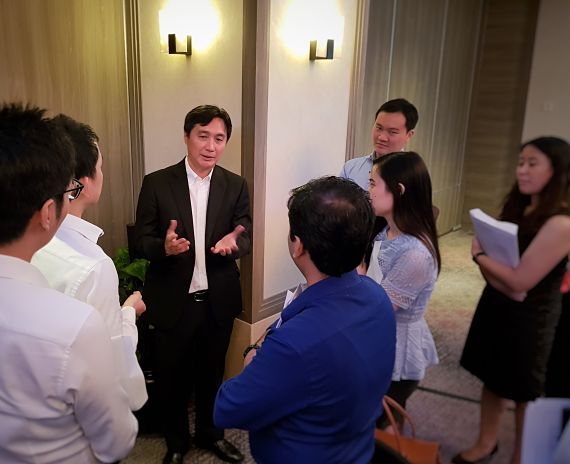 Executive chairman Teo Hong Lim said four more projects offering 393 residential units in total will be launched over the next couple of months.

5) Malaysia project: Roxy-Pacific's 47% project, Wisma Infinitum, has sold over 400 residential units or about 60%.

"In Kuala Lumpur, this project is considered one of the best-sellers," said Mr Teo.

There is a plan to convert a number of unsold units into serviced apartments, said Mr Teo.

6) Hotel segment: Executive director Chris Teo expects Grand Mercure Roxy and the two Noku hotels in Japan to continue to do well in the robust tourism markets of Singapore and Japan, respectively. 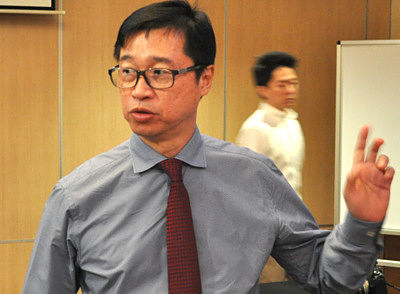 Executive director Chris Teo.
NextInsight file photo.
Noku Maldives is expected to do better this year after starting full operations at the end of 2018. Noku Phuket is expected to open in 2H2020.

Boosting its portfolio of assets with recurring income, Roxy-Pacific is developing its first hotel in Australia on the site of Melbourne House.

Construction will start 4Q this year and the total development cost is expected to be A$135 million, said Mr Koh.


The AGM Powerpoint Presentation material can be viewed here.

We have 602 guests and no members online