1) Steady quarterly revenue: In 2018, CSE Global's revenue recognition was consistent from quarter to quarter, suggesting a high degree of stability in its business.

The silky smooth quarterly transition was accompanied by a stable order intake -- until 4Q when it spiked up:

CSE says new orders received for FY2018 were mainly from higher order wins for large infrastructure projects in the Asia Pacific region as well as higher flow orders from greenfield (new installations) and brownfield (maintenance, upgrade and enhancement of existing installations) in Americas and Australia.

The sharp jump in order intake in 4Q made up for a comparatively slow intake in 1Q. 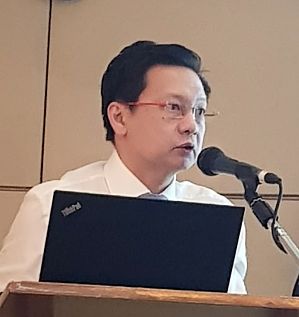 4) Big cashflow: What was also nice was the operating cashflow, which amounted to $56.3 millon (a far cry from the operating outflow of $1.6 million in 2017 due to working capital needs for large projects).

The operating cashflow in 2018 exceeded the net profit and was due to "better working capital management," according to management.

5) Unchanged dividend: CSE has proposed a final dividend of 1.5 cents a share, bringing the total for the year to 2.75 cents.

We have 1098 guests and one member online