ROXY-PACIFIC: "En-bloc prices need to drop 20% below market" and other views

1. In a good position: In a property slowdown, not every player suffers on the same scale as there would still be opportunities and decent returns for some.

Roxy-Pacific Holdings may be one of them although its two project launches in Jan this year resulted in sales that were below its expectations.

The two sites (in River Valley and Derbyshire) were part of Roxy-Pacific's landbank bought relatively early in the recent upcycle and the landbank is thus cheaper than competitors'.

With that, Roxy-Pacific can price its projects advantageously. 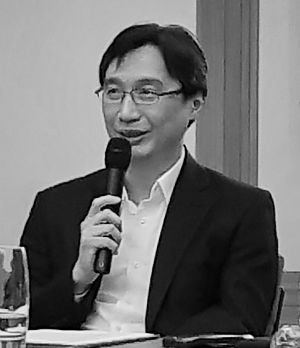 Any emerging project selling at $2,900 psf there will only be breaking even, while RV Altitude (15% sold to date) is expected to make a reasonable profit.

Because these are relatively small projects, they will be launched as soon as possible.

2. On en-bloc market: Asked for his take on landbanking, Mr Teo said asking prices of en-bloc deals will need time to adjust to the new market reality created by the government's additional cooling measures last year.

Asking prices will have to come down some 20% below the market rate prior to last year's government measures, ventured Mr Teo.

This is to reflect new technical measures that directly affect developers' project margins.

En-bloc asking prices are likely to take 1-2 years to adjust given that these require communal agreements.

In the meantime, government land parcels will be more saleable because developers' bids will be lowered to reflect new market realities.

3. What's up Down Under? In Sydney, Roxy has three development projects that are substantially sold and it will be collecting outstanding proceeds from buyers (who have paid 10% downpayment) of The Hensley which achieved TOP in Dec 2018.

In aggregate, the three projects have achieved S$315 million of revenue, which will be booked on project completion.

The amount represents about 50% of the $631 million in unrecognised revenue so far of the Group's development projects in three countries, including Malaysia.

The broader Australian residential property market is turning down, and Roxy has switched to developing an industrial strata-titled project in Sydney, which it will launch in 1H2019.

It expects a good return on the project, its first in Australia offering light-industrial warehouses and self-storage units. 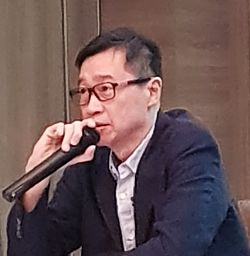 At Grand Mercure Singapore Roxy Hotel, the occupancy rate has been in the high 80s.

But there has been pressure on room rates because of a new supply of rooms in the market. Room rates should stabilise this year with an upside bias next year, reckoned Mr Teo.

Japan has been strong and continues to look good with tourism arrivals staying firm, and Roxy-Pacific's two hotels in the country have benefitted, said Mr Teo. 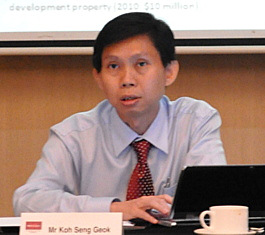 Group financial controller Shermin Chan said $144.4 m of the debt relates to loans for sold units which are expected to be repaid upon obtaining TOP and collections from buyers of the properties.

Deputy CEO Koh Seng Geok noted that this year, Roxy-Pacific potentially will be collecting about A$300 million in proceeds from its three development projects in Australia. These are substantially completed and substantially sold.

While one Aussie project achieved TOP in Dec 2018, the remaining two are expected to do so later this year, which will mean an outsized revenue recognition for FY2019. (Singapore developers recognise overseas project revenues only upon project completion, instead of progressively).

Group cash outflow is projected to be "limited".

"With the incoming cash flow and limited cash outflow, our gearing of 0.77 is expected to come down this year," said Mr Koh.

The Hydes
https://www.the-hydes.sg
The Hyde

We have 852 guests and no members online