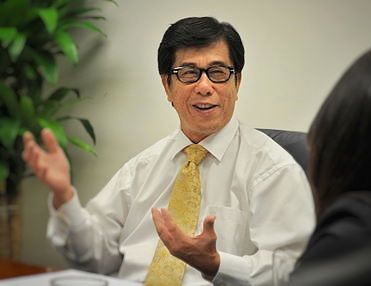 1. Young and growing industry: The pathway of outlet malls is strongly diverging from that of traditional shopping malls. Strong growth is its key defining aspect.

Sales by Chinese outlet malls are projected to grow at a CAGR of 24% from 2016 to 2021. That is even faster than online platforms (19.8%), according to China Insights Consultancy.

The industry is young: There are an estimated 30 outlet malls in China which implies there is a lot of catching up to the 300 in the US."My chairman says the next 10 years will be the golden age for outlet malls in China," quips Mr Ang. "Outlet malls are resilient and counter-cyclical, which is why we say it's a compelling idea to invest in Sasseur REIT."

2. Close to the customer: The REIT's malls are the only such malls in the cities they are located in.

They are sited within an hour of city centres and tap large domestic consumer bases which are getting more affluent.

Chongqing's population is almost 40 million and its GDP is expected to grow at 9.1% on average in the next 5 years. Bishan is in the Greater Chongqing area. Hefei and Kunming have 7-8 million people with their GDP growing between 8.1 and 8.9%.

3. Growing with the tenants: Unlike other types of retail REITS, when it comes to the lease structure, Sasseur distinguishes between tenants whose sales are stable (such as F&B and cinema operators) and branded goods owners. Rent for the former category is mainly fixed. On the other hand, rent for the latter is almost entirely based on agreed percentages of tenants' sales.

The REIT has appointed an "entrusted manager" (Sasseur Shanghai) to operate, maintain, manage and market the malls. It actively advises tenants and monitors their inventories.

Unlike other retail REITS, Sasseur's "entrusted manager" has installed a point-of-sale system in every retail outlet to automatically collect revenue from transactions. The proceeds are retained until the monthly rental is deducted.

Then, the balance will be handed to the tenants. Thus, there is unlikely to be bad debt.

4. Short leases: The weighted average lease expiry, by property income, is 1.2 years, which is shorter than the normal 3-5 years for shopping malls. This works in favour of the landlord as leases can be renewed at higher commission rates if tenants are enjoying sales growth. Shorter leases also enable the REIT to achieve higher sales performance by refreshing its tenant list with those that carry brands with rising popularity.

Secoo Holdings (Nasdaq listed) is an online platform as is Adroit Idology (a unit of JD.Com). Then there is CKK Holdings (of Charles & Keith footwear brand) and Entrepolis Limited (a private vehicle of Dr Robert Yap, chairman of YCH Group) which could provide logistics services. 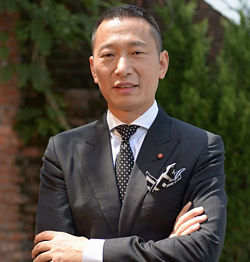 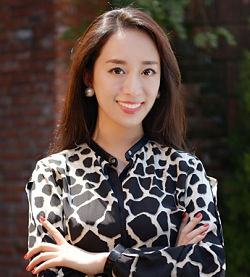 Yang Xue, co-founder, spouse of the chairman and non-executive director, Sasseur REIT.
Photo: Company
7. Online platforms are not competitors: They are taking market share from traditional department stores and shopping malls but do not compete significantly with outlet malls.

Even if branded goods are offered for sale by online platforms, the risk is the items are fake.

In outlet malls of Sasseur, this risk is markedly reduced because most of the shops are operated by brand owners, and consumers are rewarded hugely if they report any fake item.

8. Acquisitions: The REIT has the right of first refusal for two outlet malls that opened in 4Q2017. Located in Xi'an and Guiyang, they are already doing well.

Three other outlet malls -- in Nanjing, Hangzhou and Changchun -- are operated by the Sponsor which has been granted either a right of first refusal or an option to purchase.

We have 400 guests and no members online