The shipbuilding industry is, however, now enjoying a nascent recovery. 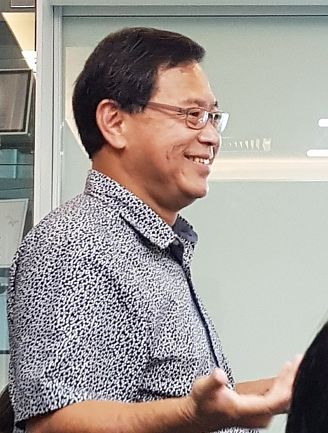 Chang Yeh Hong, executive chairman of Nordic Group, owns a 55.38% stake in the company. NextInsight file photo.The pick-up became evident in the later part of 2017 which reversed a downturn in Nordic's SI segment.

Chang Yeh Hong, executive chairman of Nordic, said that in the course of 2017, the SI segment was headed for a small loss -- for the first time -- despite further cost-cutting, including a reduction in the salaries of two directors.

In the end, the SI segment managed to break even, excluding a forex loss, at the close of FY17.

Ready to catch a big wave, the SI segment has submitted tenders for about $30 million worth of jobs.

In the meantime, Nordic as a group has an outstanding order book of S$106.8 million as at end-Jan 2018. Within the orderbook is, notably, a S$35.0 million contract secured in May 2017 from a petrochemical MNC for a scaffolding, insulation and coating capital project.

As the building blocks for a 2018 record profit take shape, the share price of Nordic (currently 56 cents) has reached all-time highs.

We have 1602 guests and no members online