LHN: Headed for dual listing in HK in a matter of weeks

On the road to the dual listing, LHN recognised S$3 million as expenses in its FY2017 (ended Sept 2017) financial statement. There's another S$2.4 million to be paid upon successful listing. 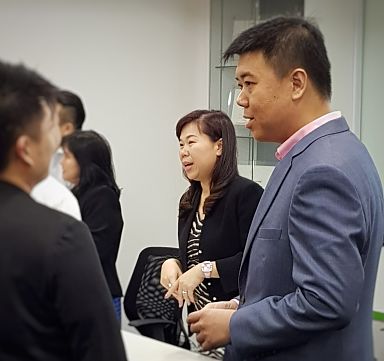 LHN executive chairman Kelvin Lim and deputy MD Jess Lim speak with investors after its FY17 results briefing last week. Photo by Leong Chan TeikIts FY2017 profit was dented not only by the listing expenses but also by a S$1.9 million fair value loss in its industrial investment properties in Singapore and a commercial property in Indonesia.

This was partially offset by a S$3.8 million gain on acquisition of Four Star Industries.

Not only in FY2017 but also in FY2016, LHN's results reflected swings in the value of its investment properties.

We have 1734 guests and no members online