BEST WORLD: "Why I bought its shares during the recent crash"

The first reason for my share purchase is the attractive valuation, which I will touch on later. Let me first say I have been a user of BWL's DR’s Secret skincare products for the past 3-4 months. I started to use them as part of my due diligence and channel checks.

I try to practise Peter Lynch's famous investment principle, “invest in what you know”. 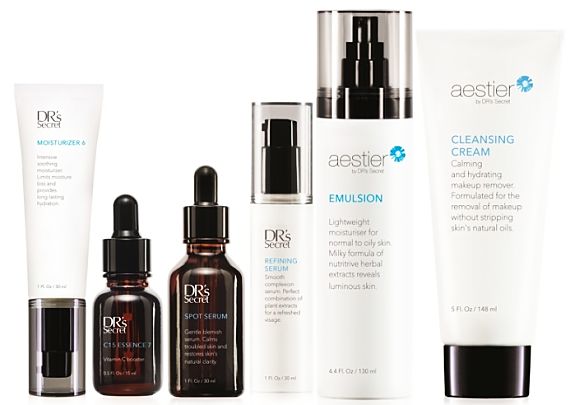 l am mostly happy with the quality and results of DR’s Secret products. My only complaint is the high price, which is on par or even higher than some well-known brands.

I have a BWL membership and can purchase products directly from BWL. I believe I would qualify as one of the 400,000-plus members or distributors in the company's sales network. 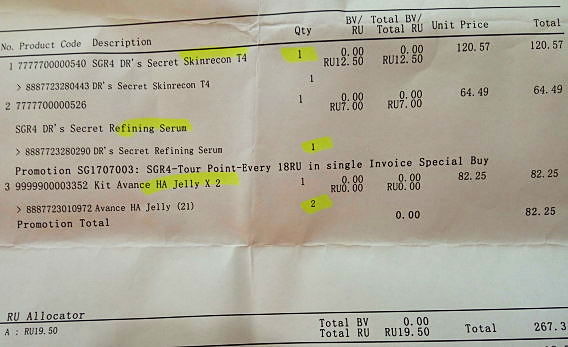 Proof of purchase!I was not asked or forced to buy any products to push up sales or hit any target. I have continued to buy because I am a happy user. My experience gives me some comfort that there is little risk of stuffing inventory to BWL distributors.
As a shareholder, I am pleased that BWL is able to sustain its pricing and margin, which offers good returns to shareholders. For 1H17, BWL reported operating margin of nearly 30%, which is clearly a good number and a testimony to the strong demand for its products. 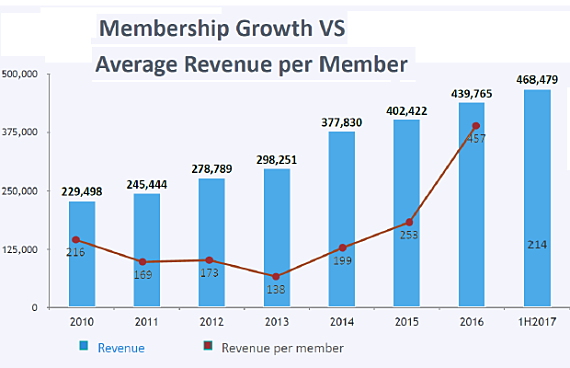 BWL plunged as much as 41% from its 52-week high of $1.62 on news that the authorities in China were cracking down on pyramid selling schemes. Most of the US companies in the Multi-Level Marketing (MLM) space, such as Nu Skin and Herbalife, declined 5% post the news.

Whilst these companies recovered most of their losses after a week, BWL continued to fall.

In my view, investors had sold BWL out of fear despite clarifications from the management that the authorities' statements and actions had little or no impact on its operations. Investors had sold the stock as part of their risk management to limit their losses or protect their profits.

At the intraday low of S$0.95, BWL's market cap was down 41% from the peak. It was as if the company’s China operation had been shut.

In my view, the selldown was a typical trading reaction where a stock that has broken its medium term support level at around $1.40 (50-day moving average) gets more selling pressure.

I took some losses as the stock fell another 20% after my initial purchase.

However, I had some comfort after seeing the actions taken by the management to support the share price. These include the company's share buyback and purchases by directors.

At $1.20, my initial purchase price, BWL was trading at 15x consensus 2017 EPS of about 8c, which I thought was just too attractive to pass.

For a high growth stock with ~40-50% annual growth rate in 2017-18, the valuation was attractive with a price/earnings to growth (PEG) ratio well below 1x.

Furthermore, my channel checks gave me more assurance on the soundness of BWL's business model and risk profile. I made more purchases to average down my cost.

If BWL can extend the coverage of its direct selling license to more cities in China, that would be strong evidence that its China operations are legitimate and comply with local rules and regulations.

3. Growth not priced into the current stock price

For 2H17, I believe that the company can sustain a growth rate above 40% despite the larger base in 2H16. BWL's business is on strong grounds and the growth momentum remains solid.

It was particularly assuring when BWL stated that the “company is on track to hit analyst targets of S$41 million to S$44 million of net profit for 2017 to achieve the market/analyst forecast” in a Business Times interview. Additionally, the company clarified the basis of its outlook in an SGX announcement.

I believe that following the fallout from the Bloomberg article, the management would have undertaken additional steps to ensure that there is adequate basis for the outlook. The SGX announcement gave further credence to my views. I have no crystal ball or special insight, so it was a leap of faith on my part.

The company is due to announce its 3Q17 results on 8 November. A strong set of results for 3Q17 should address investors’ concerns about BWL's growth momentum.

The conversion of BWL China business from the Export model to the Direct model would drive sales higher as the company increases its penetration in major locations. Under the Direct model, BWL sells directly to its distributors and consumers to capture a higher margin from each sale.

Disclaimer: The contents of this article are strictly for information only. This  report does not contain any investment, financial, tax, legal or insurance advice; you should always seek such advice only from professionals who are qualified, licensed and regulated in the respective relevant field. Do your own due diligence before undertaking any investment.

We have 636 guests and no members online