Details on the development of its Bald Hill mine abound in the FY17 (ended June) annual report of Alliance Mineral Assets Limited (AMAL) uploaded on the SGX website last Thurs (5 Oct).

The annual report contains 7 pages on its Operations Review  -- it's all about the work done, is progressing, and what lies ahead as the project races towards becoming Australia's next (and fourth) lithium concentrate producer.

Included are photos (some of which are republished here) of the engineering works, which are the first concrete signs of infrastructure coming up rapidly at Bald Hill.

This comes hot on the heels of a Pre-Feasibility Study that concluded that the mine will enjoy very high cashflow and a very high internal rate of return. (See: ALLIANCE MINERAL ASSETS: Strong cashflow, 185% IRR for starter pit) 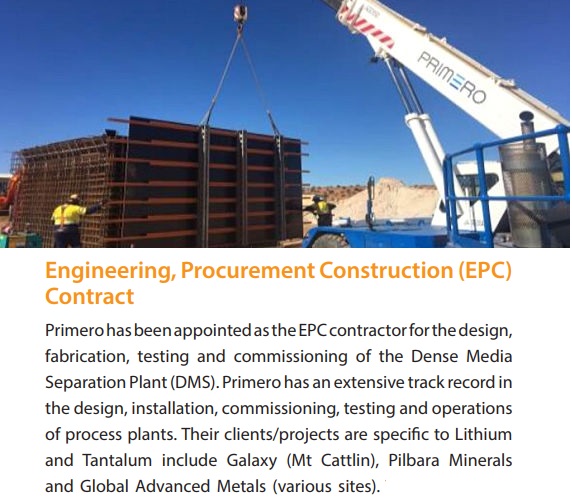 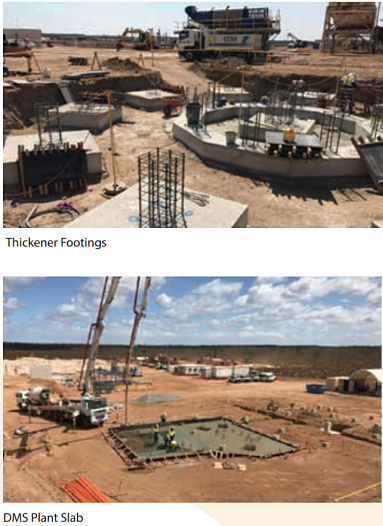 AMAL and its JV partner, Tawana Resources, have awarded a A$30-million EPC contract to build the Dense Media Separation process plant to the Primero Group.

They are "on target to becoming one of the major lithium and tantalum producers in Australia with shipments commencing in Q1 2018. 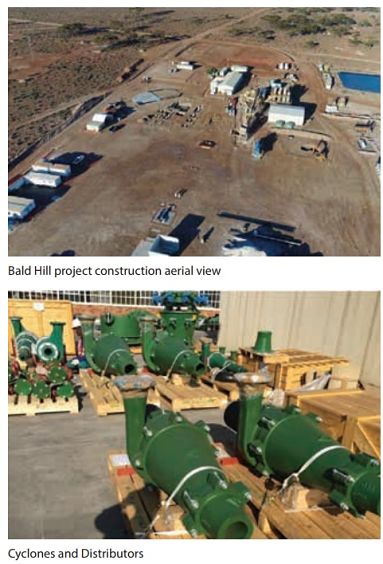 "With continued exploration and resource definition, life of mine should be progressively extended with a target of beyond 10 years being feasible." 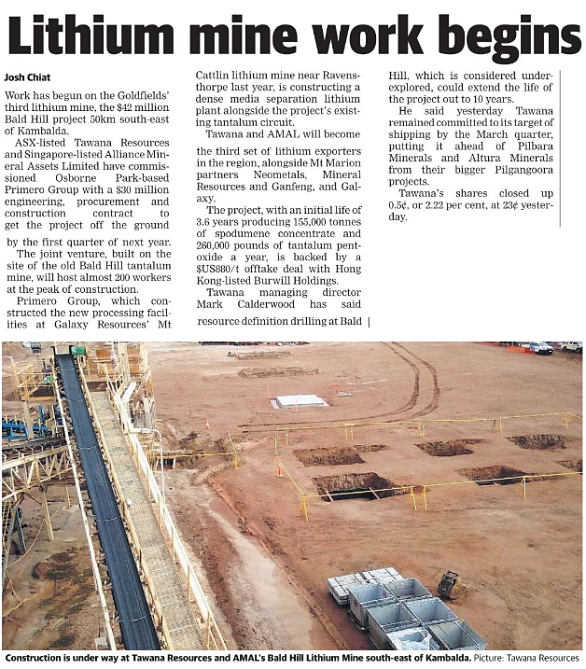 Bald Hill is not just about lithium. Its lithium-rich ore will also be delivering tantalum, making Bald Hill one of the largest tantalum producers in the world.

AMAL is expected to secure an offtake agreement prior to the start of production of the mineral that is used in the making of capacitors found in electronic products such as computers and mobile phones. 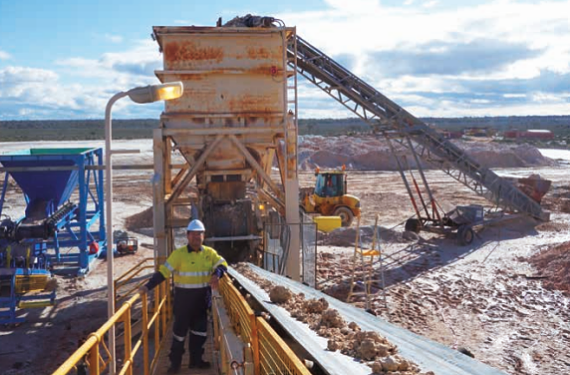 Bald Hill has existing infrastructure for the production of tantalum but it will be the subject of ongoing upgrades and fine-tuning.

We have 2663 guests and no members online