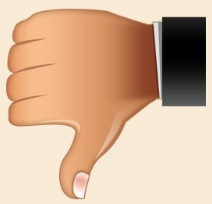 Over this weekend, investors decry the 40-c offer as lowball. They reckon a higher offer has to be made if the Court of Appeal in Bermuda dismisses Kingboard Laminates' appeal. Below are excerpts from a Facebook group chat, a blog, and two online forums:

Kit Whye Chan: The 40-cent offer is not attractive at all because its NAV per share is more than 62 cents.

Kit Whye Chan: I wonder how Annuity & Re Life Ltd views the offer and what action it would take. The Court may want an independent adviser to come up with an acceptable formula to compute a fair offer price.

Kit Whye Chan: If Kingboard's parent has 73% of Kingboard, then minority shareholders would be holding 27% or about 195 million shares. Paying 40 cents to buy out the minorities would cost $78 million which is dirt cheap.

Of the 195 million MI shares, Annuity and Life through Pope Management LLC holds close to 10% or about 72.1 million shares. If Annuity & Life Re does not surrender their shares, very unlikely, Kingboard could be taken private. So, a satisfactory agreement with Annuity & Life Re is required to ensure the privatisation attempt is successful.

Kit Whye Chan: I suppose that the Appeal Hearing at the Bermuda Court will be held next week. So why make an offer so hastily when the hearing is so near? There is no news that Kingboard parent has cancelled the appeal.

Toh Zhen Zhou: I echo the same views. The timing of the privatization is indeed peculiar. Excel First definitely trying to pull something.

Kit Whye Chan: SGX should also step in, independently evaluate the financials and come up with a minimum fair price as a starting point of negotiation with Kingboard's parent, through the independent directors of Kingboard Copper Foil.

Kit Whye Chan: Public float could have dropped as Kingboard parent could have bought more from the open market through nominees.

Aurora Hay: Asking for >50c may be difficult... Not sure how to value the business.... Unless they have really big plans ahead which will make them pay a premium.

Kit Whye Chan: Now they are offering at about 40% discount to NAV. I wonder whether an independent financial adviser would recommend this offer as "fair and reasonable"?

Kit Whye Chan: The court verdict also plays a key part to the offer. If the court concludes that profits had been siphoned off in the past through related party transactions, then the portion of the profit must be computed and added to the fair value of the shares which must be part and partial of the revised offer.

We have 838 guests and no members online