Lotustpsll contributed this article to NextInsight.  He worked 32 years with a global banking group before retiring a few years ago.

My previous article “Privatisation a just measure to settle legal dispute” was published in April 2016.

Nearly a year has passed and it is opportune for me to provide a short update on this highly unusual case involving a Singapore-listed company.

Next month, the Court of Appeal in Bermuda will hear an appeal by Kingboard Laminates and Kingboard Chemical (KC), the ultimate holding company of Kingboard Copper Foil. (Note: Kingboard has announced that the hearing dates are March 6 and 7).

Listed in Hong Kong, Kingboard Laminates is the majority shareholder (65.95%) of Kingboard Copper Foil which is listed in Singapore.

Kingboard Laminates and KC are appealing against the findings of the Supreme Court of Bermuda on “the Harvest License Transaction”. (See court judgement here)

EY was appointed by Kingboard Copper Foil’s audit committee (after discussions between the Company and the SGX-ST) to conduct an Independent Review.

An EY report, released in October, has affirmed that the findings of the Bermuda Court are consistent with its own findings. 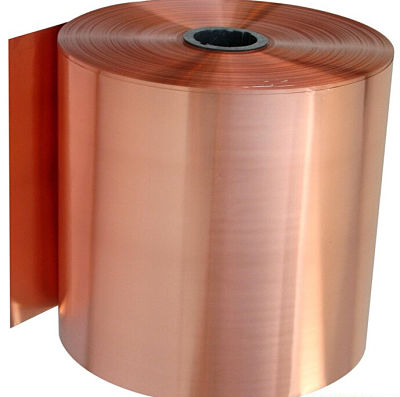 Electrolyzed copper foils are the main product of Kingboard Copper Foil, which operates out of Fogang and Lianzhou in Guangdong Province. Photo: InternetThe EY report is damaging for KC, and has raised other matters as well concerning corporate governance and transfer pricing issues. The lapses in corporate governance are serious.

I have consulted a long-time friend, a Senior Corporate Lawyer practising in Malaysia. In his opinion, after reviewing the EY report, it will be an uphill task for the appellant to challenge the Supreme Court’s “findings of facts and decisions of law”.

My friend expects the EY report to be tabled in court to refute KC’s appeal.

Kingboard Copper Foil has net cash of SGD 0.35 and current assets of another SGD 0.35, and no debt.

The reasons why it's so undervalued (share price about 29 cents) are the absence of dividends for many years and the uncertain outcome of this litigation.

The defendants are mainly KC and Kingboard Laminates. Kingboard Copper Foil  is only a third party, and will not bear any litigation costs or liability.

This is a long-drawn saga stretching over 6 years already. Let’s hope justice is finally served.

Please do your own due diligence. Am vested.

The following Judgements should also be noted (page 85) :-

“Mr Wong SC (lawyer for the Respondents) did not dispute the argument that section 111 is fundamentally a class remedy. In principle it seems to me that all minority shareholders must have a right to be heard at the relief stage of the present Petition. However, I would give liberty to apply for any specific directions in this regard rather than making directions at this stage without affording counsel a further opportunity to be heard”.

I am more confident of class remedy supported by the order of 11 January 2016.
Quote
0 #3 lotustpsll 2017-02-27 12:30
The point made by Hu Say is relevant. It is advisable for interested investors to do your own due diligence and to read the Court Judgements.

Please note that there was a subsequent order made by the Court on 11 January 2016 which read :-

Most people I know of who has some idea about the case are of the view that the Appeal will fail. What is uncertain is the relief that the court will order. There is a possibility that any buyout by the Controlling Shareholders will apply only to minorities who still hold the shares since before the 2011 IPT began or before the Petition by Pope began. The rest who bought in subsequently can be said to knowingly invested in Kingboard inspite of the IPT that has no mandate from shareholders.

Yes, this comment is exactly right.
The article states "Rejection of KC’s appeal by the Appeals Court and the Supreme Court decisions are upheld. This may mean a buyout of all minority shareholders."

Not quite "all minority shareholders".
I wonder how many people who are buying on the back of this appeal, understand this fact. Most probably didn't bother to read the specifics of the judgement.
So I'll quote the relevant part here:
"It was not disputed that these shareholders (the Pope Holdings) were in principle entitled to relief. Mr Woloniecki invited the Court to rule that in principle minority shareholders unconnected to the Petitioner should be afforded an opportunity (perhaps by notification via the SGX) of any future hearing in relation to the grant of buy-out relief. However, as I have already found above, the Petitioner is not entitled to seek relief in respect of shares in the Company purchased after the presentation of the Petition on August 3, 2011. "

There are still many other considerations, so this itself is not reflective of the investment merits or dis-merits at this stage.
But I wonder how many current shareholders jumping on the bandwagon understand this salient point.
Quote
0 #1 Hu Say 2017-02-25 15:55
Most people I know of who has some idea about the case are of the view that the Appeal will fail. What is uncertain is the relief that the court will order. There is a possibility that any buyout by the Controlling Shareholders will apply only to minorities who still hold the shares since before the 2011 IPT began or before the Petition by Pope began. The rest who bought in subsequently can be said to knowingly invested in Kingboard inspite of the IPT that has no mandate from shareholders.
Quote
Refresh comments list
NextInsight.net

We have 387 guests and no members online