BEST WORLD: Gets going with direct-selling business in China

On 30 June 2016, Best World International was granted a direct-selling licence by China's Ministry of Commerce, about two years after it submitted an application.

It next had to establish nine service outlets in Hangzhou and have it audited by the local authorities. These have been completed, said Best World on 17 Nov. 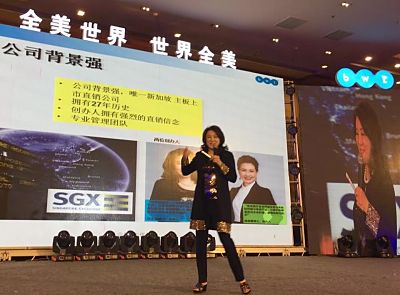 "Moving forward, the Group intends to expand the geographical coverage of its direct selling licence to the other regions," it added. 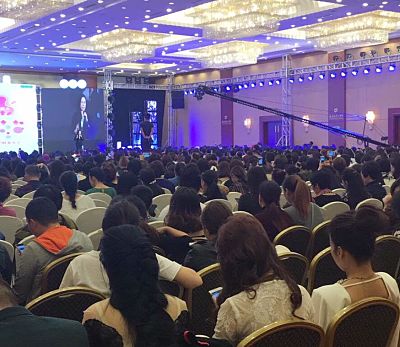 An observer posted on Facebook today: "Best World Int'l presenting to a crowd of 1,000 hungry entrepreneurs on a SUNDAY MORNING. The hunger of these Chinese to become their own boss is unmatchable."Photos on Facebook in Oct and Dec show Best World losing no time to introduce its business model in Changsha, the capital of Hunan province.

It attracted large audiences from various parts of China aspiring or considering to be distributors of Best World.

Best World's moves brings home the point that its business model is highly scalable. And it is not capex-heavy.

Neither does Best World need to apply for another licence to expand to other cities in China. (See also: BEST WORLD: How China licence will unleash sales surge)

We have 600 guests and no members online