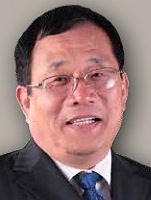 Its payment of the earnest sum signifies its seriousness and likely ability to go ahead with a proposed acquisition of a 52.94% stake in China Minzhong from PT Indofood.

The earnest sum represents about 10% of the S$416.4 million that CMZ BVI has undertaken to pay PT Indofood for the latter's 347 million shares of China Minzhong.

The two parties signed a binding MOU in Oct 2015 for the sale and purchase of the shares at $1.20 apiece.

Of course, the acquisition by CMZ BVI will trigger a mandary general offer for the stock.

Since the 31 Dec 2014 announcement on the possible share transaction by CMZ BVI, the latter has been in talks with financiers to finalise funding arrangements to acquire the stake from PT Indofood as well as for the mandatory general offer.

PT Indofood had become the controlling shareholder of China Minzhong in 2013 after it made a general offer at $1.12 a share for the company at a time when Minzhong's stock price was under attack by short-seller Glaucus Research Group which accused it of fradulent accounting.
Following that episode, PT Indofood held 583,252,517 shares. The percentage shareholding in the hands of public shareholders was determined to be 4.40%.

In order to restore the public float to at least 10% and maintain the listing status of China Minzhong, a compliance placement of 40 m shares held by PT Indofood was carried out.

Assuming CMZ BVI now does buy the 52.94% stake from PT Indofood, and CMZ BVI makes a mandatory general offer at $1.20, the upside from the current share price of 83.5 cents is 36.5 cents, or a massive 44%.This return is juicy if the general offer materialises before the MOU expires in Oct 2016.

Investor patience is obviously required in large quantities, as well as a risk appetite that can stomach any sharp turn of events -- mainly, the failure of CMZ BVI to secure the necessary financing, which will kill the proposed buyout and general offer.

We have 1055 guests and no members online