Stocks we like now, on a balance of long-term views and current developments 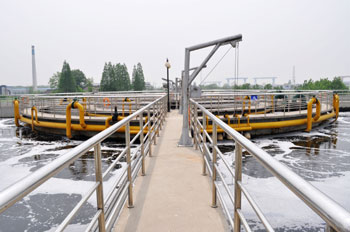 Water treatment plant.» China Everbright Water is poised to ride China’s water boom as the government’s push for more public-private partnerships (PPPs) and upcoming 13th Five-Year Plan will provide further stimulus to the sector. Tighter water discharge standards will drive upgrading works as c.27% of its existing designed capacity has not met the highest Grade 1A standard, allowing the company to negotiate for higher water tariffs.

» Innovalues (through its customers, Sensata and Hilite) will benefit from the secular trend of more sensors being required in automobiles for various functions (driven by regulatory authorities’ safety and environmental concerns). The industrial sensors market, which is 37% of the entire sensor market (versus 21% for automotive sensors), is also an untapped opportunity for the company. In the short term, concerns over the possibility of a bankruptcy of Volkswagen (~ 10% of Innovalues sales) are an overhang on the share price.

» Tianjin Zhongxin is geared to the favourable macro trend of an ageing China population. Its flagship and exclusive product, Su Xiao Jiu Xin pill (25- 30% group profit), is a household name in China for treatment of cardiovascular ailment. The company’s S-share is trading at a sizeable 65% discount to its A-shares and its 15.6x CY16 P/E is also cheaper than peers’ average of c.20x. Catalysts include sales and margin expansion of Su Xiao. Potentially stiffer competition under China’s revised pharmaceutical procurement framework is a key risk.

» Venture Corporation is well positioned for the long term. The company has always been focused on growing the bottomline instead of chasing revenue growth. A net cash balance sheet has been the established trend and the company manages its working capital diligently. At the same time, Venture is careful in adding capacity and has stringent M&A criteria. Succession may not be that much of an issue as key management has been tasked with grooming their own successors. As such, the company has enough professional management bandwidth. In the longer term, there is a rising trend of tech companies, such as Amazon and Alphabet, creating new products. This could create business opportunities for niche EMS companies such as Venture. A more integrated ASEAN market may allow it to benefit from regional (ASEAN) manufacturing facilities.

We have 522 guests and one member online