Once there was Westminster Travel, which sold its travel business early 2014 and became a cash company with a new name -- E2-Capital Holdings.

Astaka has completed the reverse takeover (RTO) of E2-Capital Holdings and started trading on Catalist yesterday.

Officials from the Singapore Exchange, Johor Chief Minister Dato Mohamed Khaled Bin Nordin, and Astaka’s board of directors and key management were present at the SGX Centre for the listing ceremony. 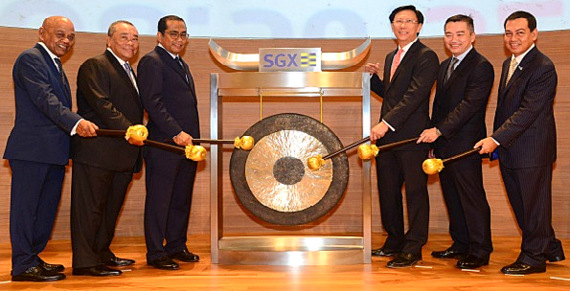 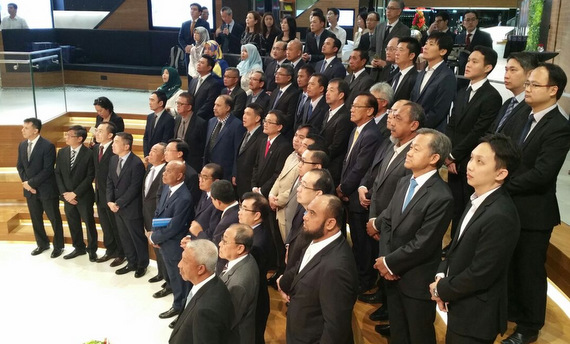 Both phases occupy a total land area of 47,970 sq m, which is conveniently situated near the customs, immigration and quarantine (CIQ) complex at Bukit Chagar, Johor Bahru. In addition, The Astaka @ 1 Bukit Senyum and The Astaka 2 are accessible via two major roads, Tebrau Expressway and Internal Ring Road (Jalan Lingkaran Dalam).

The Astaka @ 1 Bukit Senyum comprises two towers of service apartments, each being 65-storey and 70-storey respectively.

Upon completion, the two towers will be one of the tallest residential towers in Malaysia and a major landmark in the Iskandar region.

Residents can take one of the two private lifts to get to their homes, which are fitted with high-end appliances, enclosed balconies, walk-in wardrobes, high ceilings of 3.6 metres, marble floors and ducted air-conditioner systems in the living, dining and master bedrooms. 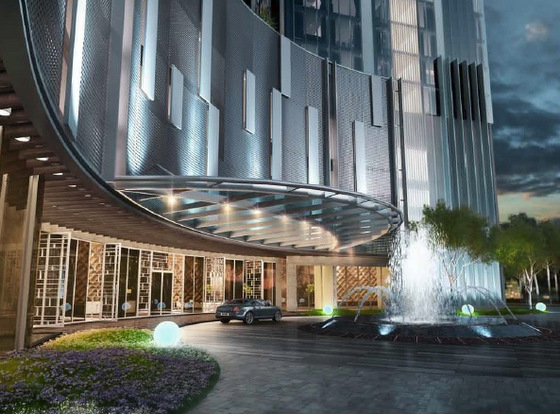 It is freehold in tenure and targets high net-worth consumers who value exclusivity in premium locations.

The Astaka 2 is a freehold integrated development project located next to the existing The Astaka @ 1 Bukit Senyum and is conceptually intended to comprise a shopping mall, a five-star hotel, premium office suites, service apartments and commercial suites.

Currently, The Astaka 2 is undergoing architectural and infrastructure planning.

The Group has engaged GDP Architects as the architect for Phase 1. Some of GDP Architects’ notable projects include Quayside Seafront Resort Condominiums in Penang, The Mews and The Troika in Kuala Lumpur City Centre, KL Eco City and FACE – Platinum Suites in Kuala Lumpur, Tropicana Danga Bay in Johor Bahru and Marina Square, Reem Island in Abu Dhabi.

GDP Architects has won the Royal Institute of British Architects International Award for The Troika in 2014 and the BCI Asia Top 10 Awards in 2014.

In addition, the Group has adopted the Construction Quality Assessment System (CONQUAS), administered by the Building and Construction Authority (BCA) of Singapore, to ensure quality of its property development projects.

Dato Zamani bin Kasim, the Group’s Executive Director and CEO, said, “Today commemorates a strategic milestone of Astaka Holdings Limited. Riding on the transformation of the Iskandar region into a business and lifestyle hub, we shall endeavour to benefit from the rising demand for quality commercial, industrial and residential properties in the Iskandar region of Johor. The development in the Iskandar region remains healthy and promising and it has successfully attracted substantial committed investments.

"I believe that our expertise and experience will place us in a good position to leverage on opportunities in the economic development region.”

The Iskandar region was conceptualised in mid-2005 by the Federal Government of Malaysia along with the State Government of Johor. The Comprehensive Development Plan launched in 2006 envisages the Iskandar region as a place where living, entertainment and business would seamlessly converge in a vibrant and sustainable metropolis of international standing .

The Iskandar region spans over 2,216 sq km, covering the entire district of Johor Bahru and parts of Pontian, consisting of 5 flagship zones, namely Johor Bahru City Centre (Zone A), Nusajaya (Zone B), Western Gate Development (Zone C), Eastern Gate Development (Zone D) and Senai-Skudai (Zone E). By the completion of all 3 phases under the Comprehensive Development Plan, the Iskandar region is targeting RM383.0 billion in total investments and a doubling of its population to 3 million.

We have 1739 guests and no members online