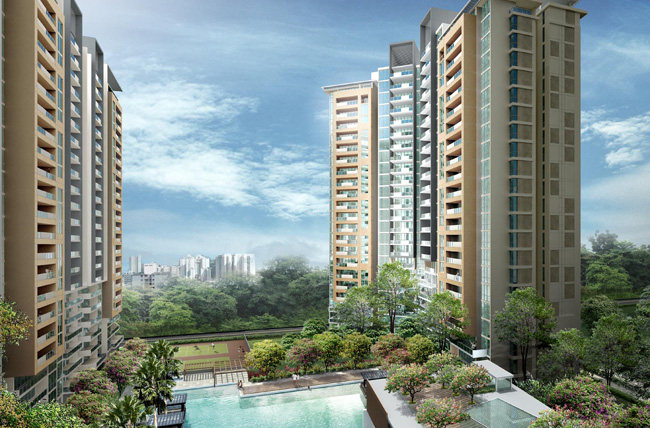 Following Keppel Land's footsteps of overseas foray via joint venture, Lian Beng's proposed development in Nhà Bè, Ho Chi Minh is about 40 minutes' drive from Keppel Land's hugely successful high-end condo, The Estella. Lian Beng will ride on the expertise of partners that include Chip Eng Seng and its former CEO Raymond Chia, parties which ventured into Vietnam as early as 2007. Photo: Keppel Land
FOLLOWING ITS investments in overseas real estate (Brisbane and Melbourne in Australia, as well as London and Leeds in the UK), Lian Beng is now setting foot in Vietnam's Ho Chi Minh City.

Ho Chi Minh is Vietnam’s economic centre, and is its largest and most populous metropolitan area, with a current population exceeding 9 million. The city is urbanizing rapidly: Its population is expected to reach 13.9 million over the next decade.

Lian Beng’s foray into Vietnam comes hot on the heels of Vietnam’s successful reforms to turn its property market around following the bubble bust about 4 years ago.

Two long-awaited pieces of legislation that open up Vietnam’s real estate market to overseas investment were effected from 1 July 2015: The new Housing Law and the Real Estate Business Law. Some of the changes to the foreign ownership law in Vietnam’s housing market are as follows.

Lian Beng’s wholly-owned Goldprime Development inked a shareholders’ agreement yesterday to invest in a plot of land in Ho Chi Minh City via a 15%-owned joint venture. Its joint venture partners include the following parties.

LGB-NB, the investment vehicle jointly owned by the above parties, will acquire a plot of land of about 11,800 sqm at the Ho Chi Minh suburban district of Nhà Bè.

We have 580 guests and no members online